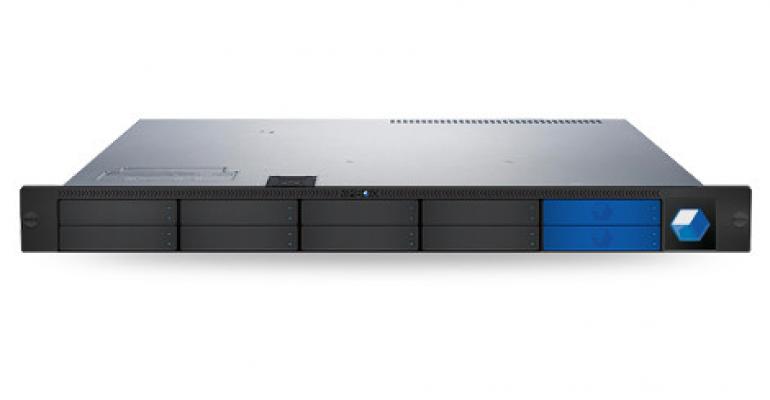 NIMBOXX refers to its product as the &#8220;atomic unit of the software defined data center.&#8221; (Image: NIMBOXX)
Design>Hyper-convergence

NIMBOXX, one of the startups trying to bring hyper-scale computing to the masses, has raised $12 million in funding and launched what it calls an 'atomic unit’ of the software-defined data center.

The two-year-old company has developed a single converged platform of servers, storage, networking and security built from the ground up. The data center in a box recently won the GigaOm 2014 Structure Launchpad Competition, securing the most People’s Choice Award votes.

The Series A round comes from Hong Kong-based institutional investor SMC Holdings.

Deployments can start with a single node and scale to hundreds. The foundation of the solution is the firm's Mesh Operating System (MeshOS), which installs on the physical server and gives direct control over all hardware resources. This approach enables software-defined data center functionality, along with a RESTful API for integration with third-party applications.

“In working with the platform, I experienced 180,000 IOPS in repeated benchmark tests," said Aaron Kent, IT director at Fulghum Industries and one of NIMBOXX's early adopters. "It took less than 10 minutes to go from un-box to completed configuration set up the very first time.”

“In the not-too-distant future, this will be recognized as a key step in the transformation that’s happening in the data center today,” said Rocky Bullock, CEO of NIMBOXX. “Hyper-convergence vendors have come before us, but we’ve taken an entirely different approach, building the entire software-defined data center stack from the bottom up. Our pilot results speak for themselves—the benefits of this approach are indisputable.”