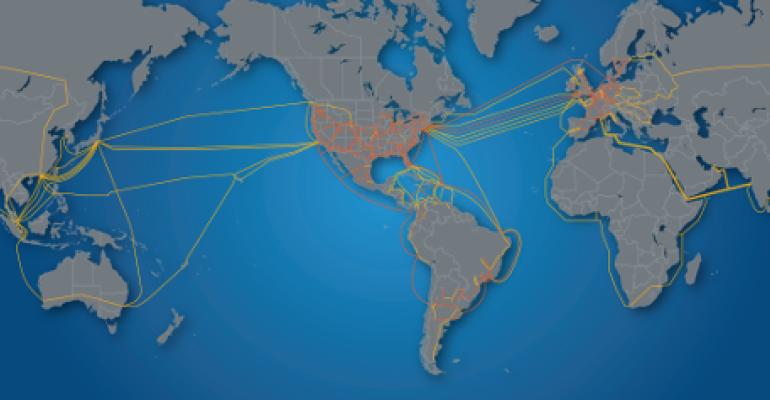 If U.S. trade regulators approve the transaction, Broomfield, Colorado-based Level 3 will gain tw telecom’s substantial metro footprint, which it says has little overlap with its own metro assets in the U.S. It will nearly double the giant’s metro fiber assets in North America.

This is the biggest transaction in Level 3’s long string of acquisitions that extends back for more than a decade. The company has built a global empire by buying up domestic and foreign competitors.

Level 3’s most recent acquisition that’s close in scale to the tw telecom deal was its $3 billion takeover of backbone operator Global Crossing in 2011.

The tw telecom acquisition will add assets in nearly 80 North American markets to the 120 markets Level 3 currently serves in the region. The giant serves about 40 markets in Europe, Middle East and Africa and about 15 in Latin America.

The deal will add 24,300 metro fiber route miles in North America to the 27,000 miles Level 3 already has in the region.

Consolidation, metro assets to save $200M

Level 3 CFO Sunit Patel told the Wall Street Journal that the company expected to see a substantial reduction in operational costs as a result of the acquisition – to the tune of $200 million a year.

The company expects to save on connectivity it has to buy from metro providers to connect its corporate customers’ facilities to its network. Owning TW Telecom’s metro assets will be responsible for more than half of the expected savings, Patel said.

Another reason for the projected savings is general stabilization of bandwidth prices over the past several years as the telco industry consolidates.

Some of the most recent examples of the consolidation trend include the pending takeover of Time Warner Cable by Comcast, and AT&T’s bid for DirecTV.

Despite high gains in stock value, Level 3 has been struggling to make a profit, reporting losses year after year. The company reported $109 million in losses for 2013 on revenue of about $6.3 billion.

It has not made a profit since 1998, according to the Wall Street Journal, but its stock has about doubled in value over the past 12 months.