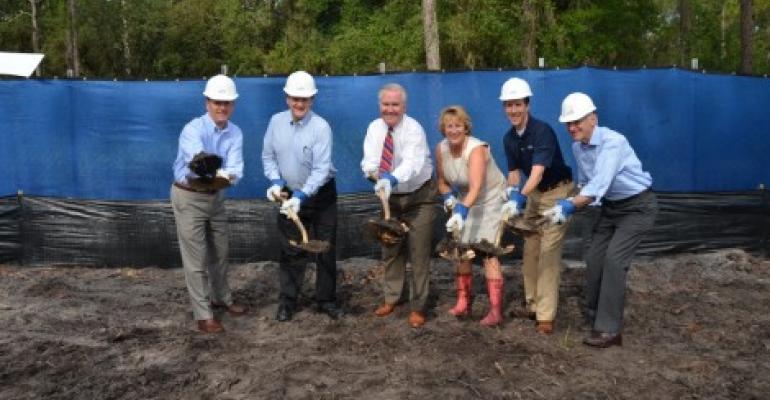 Fresh off its acquisition by GI Partners, Peak 10 announced it was constructing a 60,000 square foot data center in Tampa, Florida. This will be the first facility designed and constructed from scratch for the provider that offers colo, managed services and cloud.

The data center joins another Tampa facility, bringing Peak 10’s total footprint in the area to more than 129,000 square feet. In the state, the company operates around 230,000 square feet of space. The company’s facilities are primarily in the southeastern U.S.

GI Partners recently acquired Peak 10 in a deal believed to be between $800-$900 million. CEO of Peak 10 David Jones noted that it’s a pivotal time in the infrastructure space, and that Peak 10 had aggressive expansion plans. The new Tampa build speaks to this.

"Supporting our mission to continue expanding our robust national presence, we are excited to see the construction of our newest generation of data centers underway," said David Jones, president and CEO of Peak 10. "This facility will meet hurricane weather ratings for the Tampa region, making this a very sound facility for the IT business community. Adding a new facility across town from our existing Tampa data centers provides additional redundancy and is connected via Peak 10's reliable network to our nine other major metropolitan locations."

The two-story data center is located outside of the area’s flood zone and will be constructed to withstand a Category 5 hurricane – a necessity in a state that isn’t a stranger to hurricanes. Office windows will have a high-impact glazing system to protect against 150 mph winds.

The company didn’t want to sacrifice security needs and it felt that existing buildings in the area wouldn’t meet its standards, according to Cheryl Kleiman, vice president for Peak 10 overseeing Tampa operations.

Peak 10 often hires executives with local knowledge to run its facilities. The provider has continued to add capacity in its core markets while expanding selectively into new markets. With each expansion to a new market comes the hiring of local professionals and a general manager that knows the scene.

Helping pull Florida out of recession

The new facility will be located on Parkedge Drive in the University of South Florida area, supporting the budding economic development there.

"When a business makes a multi-million dollar investment in Tampa, it sends a pretty clear message about the economic strength of our community," said Tampa Mayor Bob Buckhorn. "We're leading Florida out of the recession, and companies like Peak 10 are helping us do it."

Mark Sharpe, chairman of the Hillsborough County Board of County Commissioners, said, "This investment speaks volumes about our potential for IT growth and supports recent community developments like the establishment of the Florida Center for Cybersecurity at the University of South Florida."

Headquartered in Charlotte, N.C., Peak 10 operates 24 data centers in the U.S., including six in Florida. Other ongoing expansions include a new location in the Atlanta market, located on Windward Parkway in the Alpharetta, Georgia, High Tech Corridor.