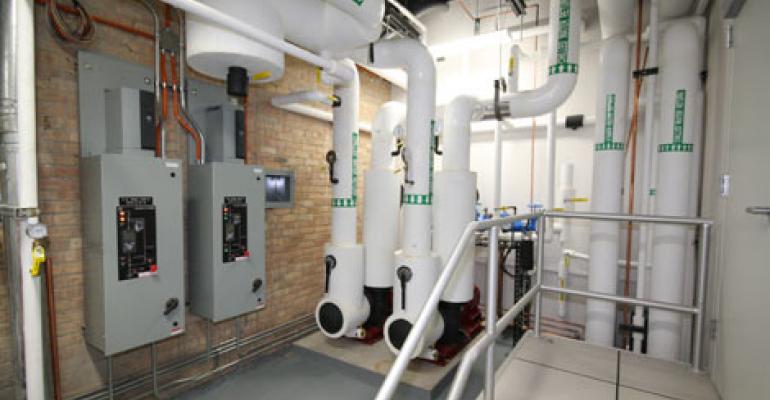 Recent Uptime Institute study finds that while most companies measure PUE, there is little overall improvement in efficiency.

While the majority of data center operators who participated in a recent industry survey measure Power Usage Effectiveness, their average efficiency ratio has not changed by much over the past four years.

This was one of the conclusions of this year’s survey by the Uptime Institute, which released the results at its annual Symposium in Santa Clara, California, in May. Starting with 1.89 in 2011, average PUE among the companies surveyed went down to 1.8 in 2012 and further down to 1.67 the following year. This year, however, it was up to 1.7.

As Matt Stansberry, Uptime Institute’s content director who presented the survey results at the conference, put it, “We’re not really getting anywhere.” 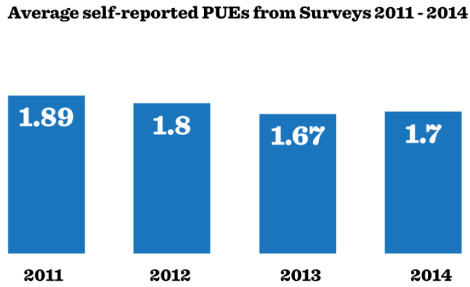 In practice, however, the PUE ratio alone does not tell much about a facility’s efficiency unless information about how it is measured is also available.

Zombie servers are a big problem

While mechanical and electrical infrastructure may be extremely efficient, there is very often a lot of idle IT equipment on the data center floor that does nothing but draw power. As a result, an extremely inefficient data center can have a low PUE.

Uptime has been bringing attention to the issue of “comatose” servers through its annual Server Roundup, where companies compete by identifying and shutting down idle machines in their data centers. Companies that shut down more than others win.

This year’s winners were Barclays, which decommissioned more than 9,000 servers, and Sun Life, which retired bout 440.

In its survey, Uptime asked participants to estimate how big of a problem this was. Here is what they answered when asked what percentage of their servers were likely comatose: 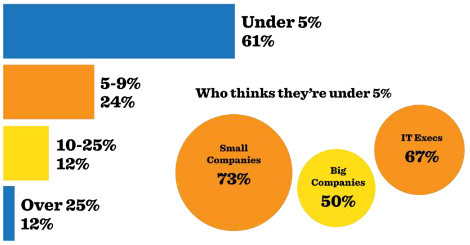 About 45 percent of enterprises did not have scheduled auditing for comatose servers. Half of them attributed it to lack of management support; one-third said their resources were too limited, and about 20 percent said the return on investment did not justify the effort.

While optimizing IT assets plays a big role in efficiency, PUE is an important tool for data center operators to measure efficiency of their mechanical and electrical infrastructure and to track efficiency improvements.

There were also some participants who were targeting PUE less than 1.0, although they constituted only two percent of the total. This is possible in facilities that have on-site energy generation capabilities.