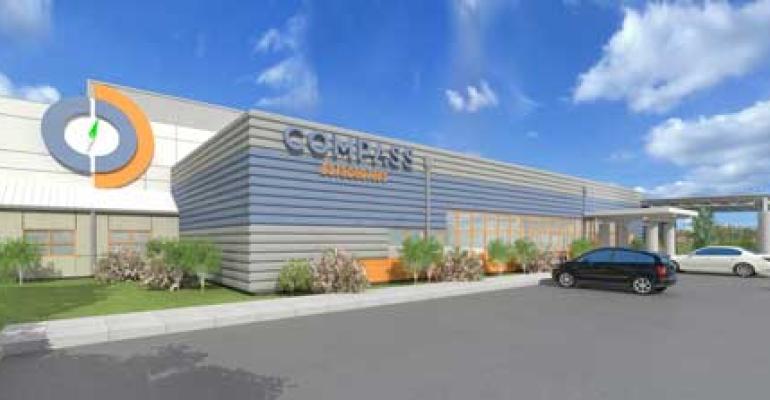 CenturyLink Technology Solutions has opened a data center in the Minneapolis-St. Paul metro built to support up to 6 megawatts and 100,000 square feet of raised floor, although the initial phase is 1.2 megawatts on 13,000 square feet.

The company used developer Compass Datacenters to build the facility. Initially, CenturyLink said the facility would be able to support 4.8 megawatts, but after working with Compass and analyzing the potential, this was recalculated to 6 megawatts. Construction of the facility began in October 2013.

CenturyLink promised a big 2014 in terms of expansion, committing to adding 180,000 square feet and 20 megawatts of space to its global footprint. The company said it would expand its global data center presence in eight markets and invest in growing its CenturyLink Cloud network of public cloud data centers.

CenturyLink has an existing data center in the Minneapolis-St. Paul region -- a former Qwest facility that Savvis acquired before being itself gobbled up by CenturyLink. It is small by comparison, offering 375 kilowatts of power and 7,088 square feet of raised floor. The new data center offers much more room to grow and address demand.

Minnesota continues to see a lot of data center construction activity. ViaWest recently opened doors to a 70,000 square feet, 9 megawatt facility. Cologix has been expanding rapidly in 511 11th Avenue. Stream Data Centers is building a 75,000 square foot data center in a southwest suburb (which received Tier III certification for design documents from the Uptime Institute). Other providers include DataBank, Compass Datacenters (which partnered with CenturyLink on this build) and Digital Realty Trust.

There is also a massive legacy data center on the market that used to house American Express’ infrastructure that would require some upgades to modernize the building.

Minnesota is an emerging market, both for local enterprises and as a backup disaster recovery option  “The Shakopee facility’s Tier III rating and room for expansion, along with the CenturyLink IP backbone and global data center footprint, will appeal to local enterprises and may also put Minneapolis on the map as a backup-disaster recovery option for firms located elsewhere,” wrote 451 Research Analyst Rick Kurtzbein in a May 13 report.