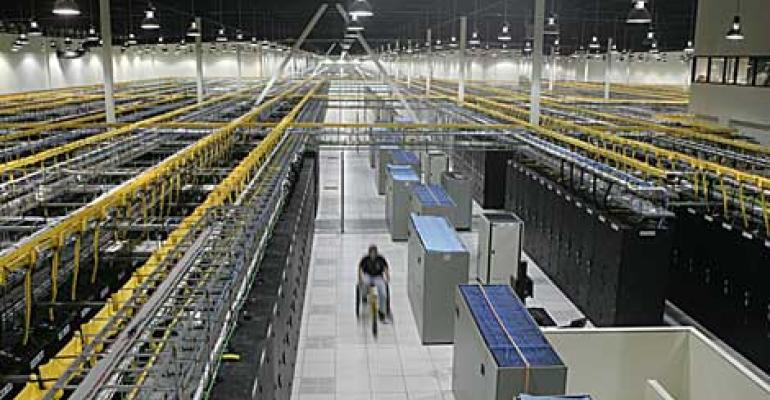 QTS Realty Trust has rapidly expanded its data center footprint with a distinctive playbook: buy huge, empty industrial properties at a discount, and convert them into high-technology hubs. It may now be looking to apply that template in the busy Chicago market, according to local media reports.

QTS has been in talks to acquire the former Chicago Sun-Times printing plant in south Chicago, according to Chicago Business, which says the parties are discussing a sale at a price in the range of $17 million to $19 million. The Sun-Times plant, a 508,000 square foot facility with a reported 11 megawatts of power capacity, has been the focus of interest from data center developers.

In 2013, there were reports that a joint venture between Madison Dearborn Partners and JDI Realty sought to buy the property for $20 million and convert it into a data center, but the deal fell through.

QTS has been in the midst of a major expansion in which it is adding space in seven of its data centers across the country. In an SEC filing last year, the company said it expects to invest up to $277 million to add more than 312,000 square feet of customer space.

Much of that space will be added in two former semiconductor plants QTS acquired in Richmond, Va. and Dallas.

In 2010, QTS bought the massive 1.3 million square foot former Qimonda fab plant and 210 acres of adjoining land near Richmond in a bankruptcy sale for just $12 million. Those campus included 400,000 square feet of existing raised floor space, with more than 22,000 tons of chiller capacity on site, and an existing power capacity of 100 megawatts.

In Dallas, QTS bought another former chip fab in Irving, Texas. This time the building was “only” 700,000 square feet. QTS plans to convert 292,000 square feet into data center space, starting with a 26,000 square foot first phase that will open in July.

The former Sun-Times plant is located about a mile due west of Chicago's primary network connection hub at 350 East Cermak.

QTS would be a new player in the greater Chicago market, which is split between a cluster of data centers in downtown Chicago and another cluster spread across the city's western suburbs.

Meanwhile, QTS continues to build out its portfolio of data center products. On Thursday the company introduced a high-density colocation solution for customers requiring power densities of up to 16kW per cabinet.

The High Density Solutions offering is available at QTS' Atlanta-Metro and Atlanta-Suwanee data centers, with six other QTS data centers expected to offer the service in the third quarter of 2014.