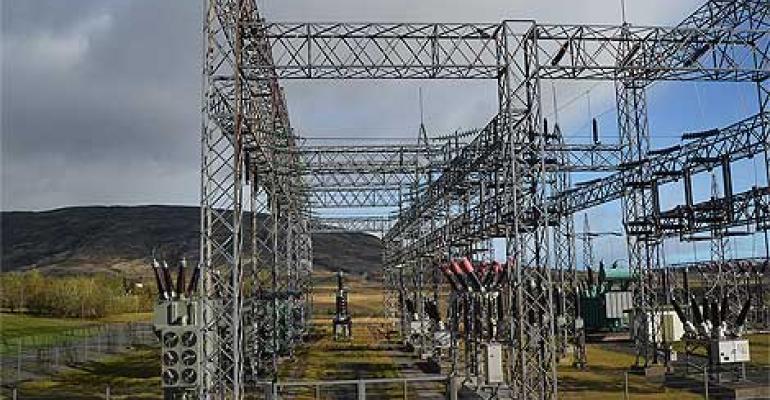 Electromagnetic pulse (EMP) and intentional electromagnetic interference is a serious threat that has not been in the forefront of the conversation within the data center industry but the industry is becoming increasingly aware, according to experts who delivered a keynote at the Data Center World conference in Las Vegas, Nev., Wednesday.

George Baker, CEO of BAYCOR, noted that with the proliferation of cloud computing, more data is being placed in fewer baskets, and that reliance on failover sites has reduced physical security. The problem EMPs present could be continental in scale. “Do not depend on electric utilities for protection,” he said.

A backup data center is normally just 60 miles or less down the road from a primary one, which would not necessarily protect against EMPs.

“The common response is ‘it can’t happen.’ ,” Michael Caruso, director of government and specialty business development at ETS-Lindgren, said. "It can and will happen."

Regulations need to be pushed, he said, and the utilities are not anxious to regulate themselves. There has been some progress, however, with a few individual utilities taking steps.

While EMP attacks have not been common in the past, there are critical points of failure that could cause an attack to be catastrophic. The increasing importance of data centers to North American infrastructure means providers need to do better at both pushing regulation of utilities and protecting the data residing within their walls.

A lot of money has already been invested in deterring flicker sag, harmonic distortion and other electrical problems that can induce significant costs for data centers. However, intentional electromagnetic interference goes beyond most of these protections.

While the North American power grid is fairly resilient, there are several issues that pose threats down the road. There have been several official US government studies that address electrical reliability in the case of solar storms, high-altitude EMP (a nuclear explosion in high atmosphere) and coordinated terrorist attacks.

A particular vulnerability that concerns the government is the threat to large power transformers. They are the size of small houses and are vulnerable and difficult to transport, which often involves special provisions, as well as reinforcement of roads and bridges.

A major issue is that there are three basic interconnections in the power grid in North America with no single entity in charge. This is a major vulnerability.

There are also nine critical substations that, if taken down, would create a cascading effect taking down a big portion of the grid.

An EMP's impact can range from a few feet to 10 kilometers. A suitcase version can be built for less than $200, and truck-mounted EMP will cost about $2,000.

A Boeing Champ cruise missile can fly around turning off the lights below its path, while an unpredictable burst caused by a solar storm can wreak havoc on infrastructure.

Shield enclosures, power and signal line filters and RF-tight doors are all methods of protecting the data center, but it is not cheap. For a greenfield project, such protection may result in a five- or eight-percent cost increase.

There are two defined levels of protection in the data center:

Level 1: Shielded electrical infrastructure, where the host facility goes down but equipment is not affected

Level 2: All-inclusive protection, where all points of entry and backup power are protected. Multiple sources for power and cooling, HVAC and generators are included in the protection scheme.