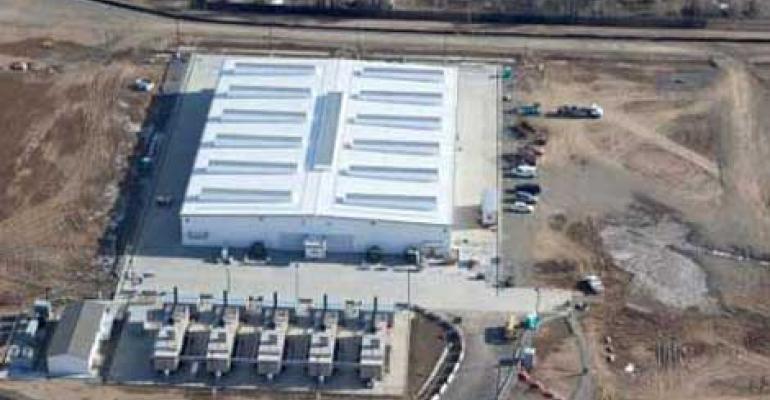 An aerial view of a Microsoft data center in Quincy, Washington, which uses a lightweight structure and modular data centers. In 2012, Microsoft reportedly wasted $70,000 worth of energy in Quincy to avoid a fine from the utility. (Photo: Microsoft)
Companies>Microsoft

Microsoft plans a major expansion of its data center campus in Wyoming, investing an additional $274 million to build its cloud infrastructure in Cheyenne.

Microsoft plans a major expansion of its data center campus in Wyoming, investing an additional $274 million to build its cloud infrastructure in Cheyenne, the company said Friday. Microsoft already has a data center in Cheynne, and the expansion brings the company's investment in Wyoming to nearly $500 million, according to state officials.

“Microsoft is excited to expand its data center operations in Cheyenne," said Dayne Sampson, Corporate Vice President for Microsoft’s Global Foundation Services group. "This will ensure the best possible delivery of cloud infrastructure and services to our current and future customers in Wyoming and the surrounding region. We have a strong working relationship with the Governor’s Office, Cheyenne LEADS staff and local officials who help make Wyoming an optimal place for Microsoft to do business.”

Microsoft will begin construction of the expansion in late spring 2014. The first stage of the new data center is estimated to be operational in summer 2015.

In addition to its data center, Microsoft has also made Cheynne the focus of an ambitious research project in which it has deployed a data center container filled with servers next to a water treatment plant in Cheyenne, Wyoming, and power the servers using electricity from a fuel cell running on methane biogas from the plant.

“I have made growth of Wyoming’s technology sector a priority," said Gov. Matt Mead. "Wyoming has so many comparative advantages for data centers. I have worked with the Legislature to position Wyoming as a competitive location for these high-valued projects. It is exciting to see these efforts produce results. I thank Microsoft for investing here and for the jobs and capital facilities it creates.”