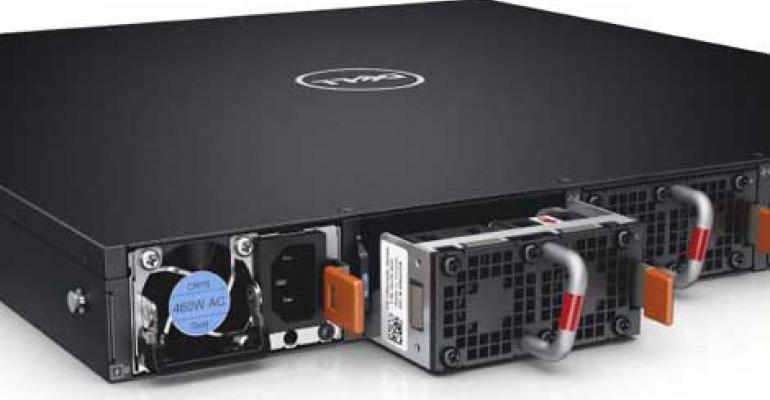 The agreement will help deliver next-generation SDN fabrics and fills a critical gap in realizing the true promise of the software-defined data center. Dell will offer Big Switch Networks’ Switch Light OS on Dell Networking’s Ethernet switching portfolio, starting with the S4810 and S6000 series. Dell will also offer Big Switch Networks’ production-ready SDN controller applications starting with the Big Tap Monitoring, a new SDN-based network monitoring solution. The combined Dell and Big Switch Big Tap Monitoring solution is a strong candidate for an enterprise’s initial SDN deployment as it operates on the monitoring network and can be deployed incrementally.

"The early adopters of SDN were largely the hyperscale players. But with the advent of initiatives such as Open Networking from Dell, the path for all enterprises to enjoy the benefits of SDN is getting easier," said Douglas Murray, CEO of Big Switch Networks. "The joint solutions coming from the Dell and Big Switch partnership will bring hyperscale data center design and choice to a broader audience."

“Dell’s push into open networking, and this announcement with Big Switch and other vendors, are great examples of original thinking and innovation coming from the new Dell, “said Tom Burns, vice president and general manager, Dell Networking. “We’re seeing tremendous initial customer interest, especially among certain verticals such as large financials, Web 2.0 and mobile service providers. It’s drawing Dell Networking into additional business discussions where many customers may not have considered Dell before.”

“The future is SDN-based with open software and hardware. We need a practical way to get from here to there,” said Jim Bottum, CIO, Clemson University, one of the country’s most selective public research universities. “Currently, we purchase Dell and Big Switch Networks products independently. Having them team for a fully-integrated, tested and supported solution is ideal. To me, it’s a great example of the new Dell investing in research and development to help us bridge the gap between traditional networking and SDN.”