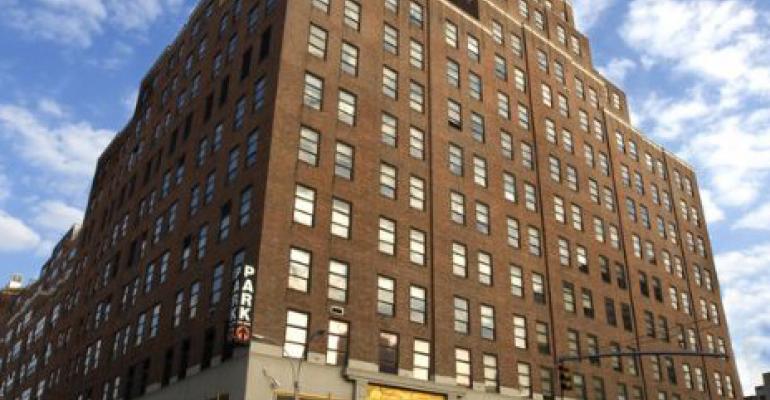 The exterior of 111 8th Avenue, one of the premier carrier hotels in Manhattan.
Companies>Google (Alphabet)

Just three years after buying one of the largest buildings in Manhattan, Google is apparently running out of office space at 111 8th Avenue and is once again scouting Manhattan real estate.

Just three years after $2 billion to buy one of the largest buildings in Manhattan, Google is apparently running out of office space at 111 8th Avenue and is once again scouting Manhattan real estate.

The search giant is seeking to lease upwards of 600,000 square feet to support its next phase of expansion, according to The Wall Street Journal.

111 8th Avenue is among the world’s most wired buildings. It was originally built as the Port Authority Commerce Building in 1932, and was redeveloped for telecom use by Taconic in the late 90s.The enormous building houses major data center operations for Digital Realty Trust, Equinix, Telx and many other providers and networks, as well as 500,000 square feet of office space for Google, which also occupies space across the street in the Chelsea Market building.

Google has run out of available space at those locations, executives familiar with its search told the Journal.

Google executives said the decision to buy 111 8th was driven by the growth of the company’s workforce, rather than any ambitions to control a key piece of Internet real estate. There has been speculation about what Google's thirst for office space might mean to the telecom carriers and data center operators who are tenants in the building. One theory has been that as these data centers’ leases expire Google will take over the space for its own use.

That hypothesis gained support from Internap's decision to migrate its operations out of a 75,000 square foot facility in 111 8th Avenue and move them into a new data center in Secaucus.

The Journal story suggests that the exodus of telecom and data center tenants is coming to an end, with the remaining tenants holding long-term leases. That is known to be the case for two of the largest data center operators in the building, Digital Realty Trust and Telx.

The potential for churn at 111 8th has been a factor in the burst of new data center development in Manhattan, with Sabey Data Centers, Telx, Telehouse, DataGryd and 325 Hudson Street all bringing new space online.