https://www.datacenterknowledge.com/sites/datacenterknowledge.com/files/logos/DCK_footer.png
Recent
Recent
NVIDIA Unveils Morpheus AI Cybersecurity Framework
May 05, 2021
Top 10 Data Center Stories of the Month: April 2021
May 05, 2021
Security Tech Based on Each Chip’s Unique ‘Fingerprint’ Comes to Data Centers
May 04, 2021
2021 State of the Edge Report Shows Impact of COVID-19 on Edge Use
May 03, 2021
Arm’s New Neoverse V1, N2 Chips Take on Intel in the Data Center Market
May 03, 2021
Featured
The Pros and Cons of Kubernetes-Based Hybrid Cloud
Feb 19, 2021
How Hyperscale Cloud Platforms are Reshaping the Submarine Cable Industry
Feb 17, 2021
Data Center Provider Cyxtera to Go Public Via $3.4B Starboard SPAC Deal
Feb 22, 2021
Managing Encryption for Data Centers Is Hard. And It Will Get Harder
Feb 16, 2021 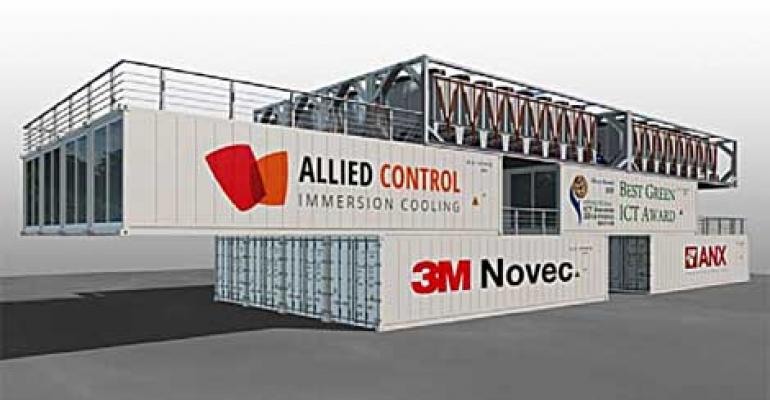 New From 3M: Boiling Liquid to Cool Your Servers - Will the high-density servers of the future live in blue-lit pools of boiling liquid? Making the case for a new approach to cooling, 3M this week unveiled a proof-of-concept for its immersion cooling solution in a Minneapolis lab. Instead of racks, the ICE-X supercomputing hardware from SGI is fully immersed in a tank of Novec, a dielectric fluid from 3M.

Equipping The Next Generation of Data Center Professionals - As data centers become more complex, the task of training a new generation of professionals to staff them becomes more important. Recent news stories illustrate several initiatives in which the Internet’s largest companies are building interest in data center careers.

WesterosCraft: Game Of Thrones Meets Minecraft, Powered by Linode - Hundreds of open source developers are working together to build WesterosCraft, a replica of the world of Game of Thrones within Minecraft. It’s a collision of two cultural phenomenons, and it’s being hosted on virtual servers at cloud hosting firm Linode.