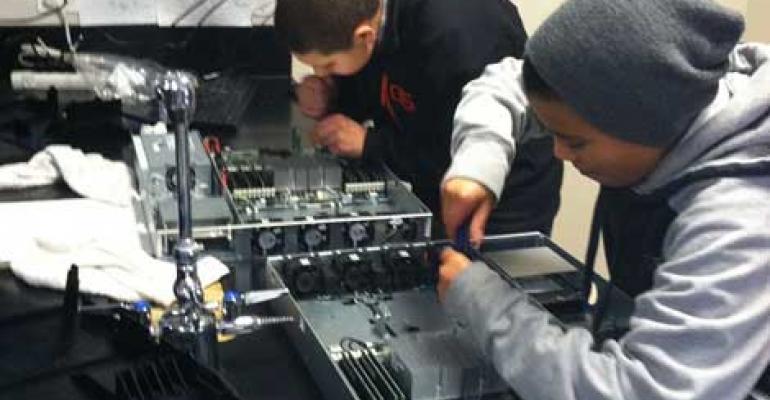 Equipping The Next Generation of Data Center Professionals

Recent news stories illustrate several initiatives in which some of the Internet's largest companies are providing local teenagers with hands-on experience with server hardware and data center environments.

As Google and Facebook expand their Internet infrastructure, they are building massive data centers far beyond Silicon Valley. In towns like Council Bluffs, Iowa and Prineville, Oregon, these companies are bringing more than just servers into the community. They're providing local teenagers with hands-on experience with server hardware and data center environments.

As data centers become more complex, the task of training a new generation of professionals to staff them becomes more important. Recent news stories illustrate several initiatives in which the Internet's largest companies are building interest in data center careers.

In Iowa, students at Abraham Lincoln High School are operating a $67,000 data center, which was funded through donation by Google (which operates a data center in Councile Bluffs) and Echo Group, a local IT company. The working facility houses medical research data from the University of Washington, Karlsruhe Institute of Technology in Germany and Stanford University School of Medicine, as well as providing IT support for the Council Bluffs Community School District.

The facility, which opened this week, was profiled in the Daily Nonpareil, a local newspaper. Students in the district's Emerging Technologies Academy monitor the servers at the data center, which took about six months to build.

Chris Russell, an operations manager for Google in Council Bluffs, said the data center exposes students to real world experience and gets them interested in technology careers. “The real benefit for kids is to work in a real world with high expectations,” said David Fringer, the district’s chief technology officer.

Google has awarded $820,000 in community grants to organizations in the Council Bluffs area in 2009.

In Oregon, Facebook's old servers are seeding innovation among teens near the company's facility in Prineville. Facebook recently donated 15 used servers to Crook County High School, which spurred the creation of a computer technology club where students are learning about server components. Assistant Principal Joel Hoff sees this as the nucleus of something big.

“In five to 10 years, we hope to have a full Computer Science major,” Hoff told the Central Oregonian. “It would be great to provide opportunities for our students to be eligible for good, high-paying jobs right out of high school.”

Facebook provided $8,000 in funding for the high school science department and tech club as part of its larger Local Community Action Grant program in Prineville, where the social networking company last month awarded $105,000 to 21 different local programs. That brings the total volume of Facebook grants in Prineville to $415,000 since 2011.

A group of the grant recipients recently had a tour of the Facebook Prineville data center, including a visit inside the server hall. Here's a photo via the data center's Facebook page: 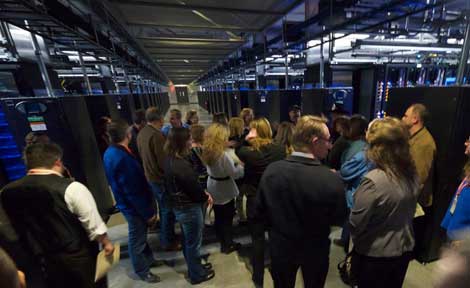 Sponsored Content
Tools of the Trade: Enabling Centralized Management of Distributed or Remote IT Sites
Apr 02, 2020