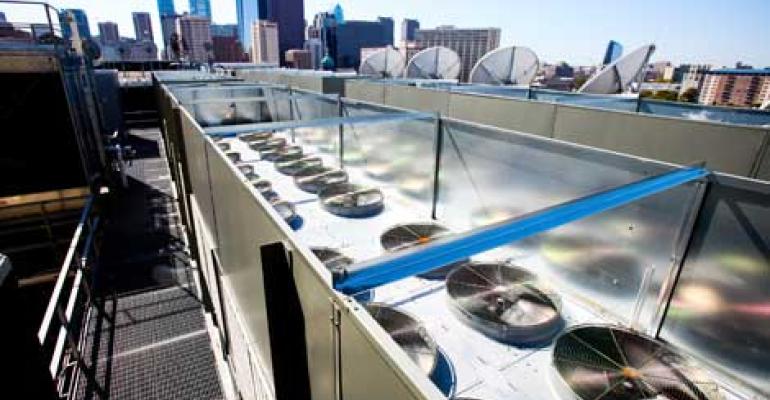 Sungard Availability Services is now an stand-alone company. As it splits from SunGard Data Systems, the company is asserting its independence while maintaining the continuity of the most familiar brand in disaster recovery.

Sungard Availability Services is now a stand-alone company, with a new logo, new branding and a lower case "g" in its name. As it splits from SunGard Data Systems, the company is asserting its independence while maintaining the continuity of the most familiar brand in disaster recovery.

SunGard announced in January that it would spin off its Availability Services business, which operates its data centers and disaster recovery business. The goal was to "bring greater clarity" to each company's vision, SunGard said.

Both SunGard and SunGard Availability Services will continue to be privately owned by the consortium of private equity investment funds from Bain Capital, The Blackstone Group, Goldman Sachs, Kohlberg Kravis Roberts, Providence Equity Partners, Silver Lake and TPG, which acquired SunGard in a leveraged buy-out in August 2005.

So why spin off the unit to the same group of owners? Sungard Availability now has its own board of directors, and may have more flexibility to pursue partnerships and develop new offerings to compete in the business continuity arena, where it is facing a growing challenge from new cloud providers.

“Now that we are an independent firm, we have the flexibility to evolve our culture, our industry relationships and our investments to maximize our business and best serve customers,” said Andrew Stern, CEO of Sungard Availability.

That "greater clarity" could also apply to investors, as the spinoff creates a more focused entity should Sungard Availability seek buyers or pursue an IPO.

SunGard got its start in 1978, when it effectively invented the disaster recovery business, renting space at 401 North Broad Street in Philadelphia to house backup data for itself and 20 other Philadelphia-area companies. In 1983 Sun oil spun off the business as SunGard - short for "Sun Guaranteed Access to Recovered Data."

As part of its new identity, Sungard Availability is now using a lower-case "g" in its name as a differentiator with SunGard. Sungard AS also has a new logo designed to covnery strength and dynamism. "A forward-leaning angle in the logo conveys progression and growth, while a triangle in the logo represents stability and the support that the company will continue to provide its customers," Sungard said.

But the bottom-line messaging for Sungard remains the same: Always on, always available.