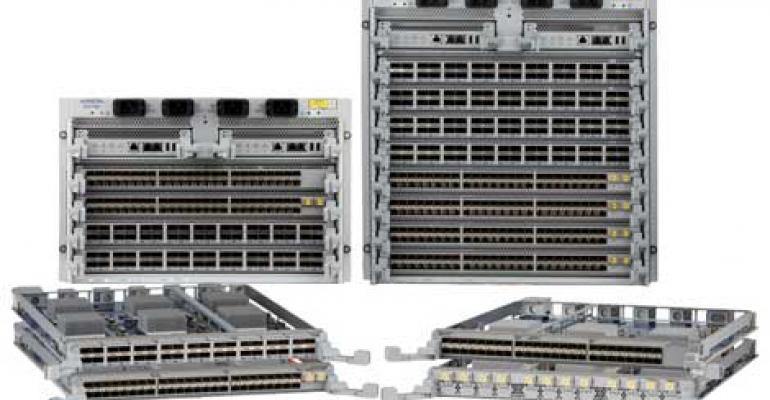 Arista was founded by Sun Microsystems' co-founder Andy Bechtolsheim and its CEO is Jayshree Ullal, who for many years headed the data center networking unit at Cisco Systems. Its Internet sector customers include Facebook, Microsoft, Yahoo, Rackspace and Equinix, while its gear is also used by financial services giants like Citigroup, Morgan Stanley and Barclays.

The company's SEC filing reports annual sales of $361 million and net income of $45 million. Arista says its revenue has been growing at a rate of 71 percent a year from 2010 through 2013. Arista predicts that its revenue will grow further as cloud providers buy more of the 10 gigabit switches that are its core focus.

"We believe that cloud computing represents a fundamental shift from traditional legacy data centers and that cloud networking is the fastest growing segment within the data center switching market," the company said in its filing. "As organizations of all sizes are adopting cloud architectures, spending on cloud and next-generation data centers has increased rapidly over the last several years, while traditional legacy IT spending has been growing more slowly."