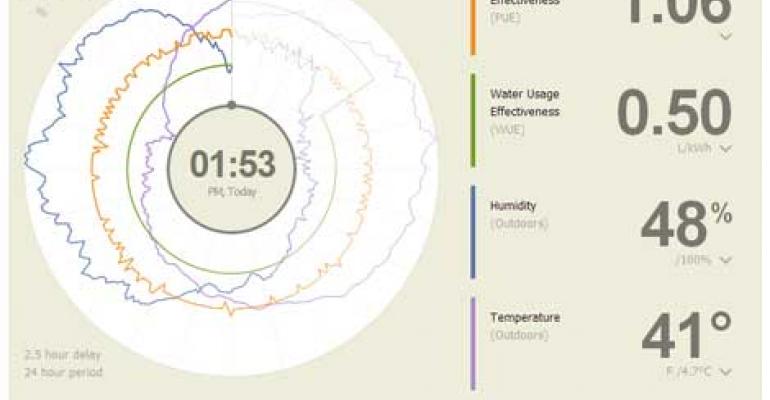 Facebook is open sourcing its power and water usage dashboards it uses in Prineville, Oregon and Forest City, North Carolina data centers. The code is available in two pieces: the front-end User Interface component and the back-end data aggregator. 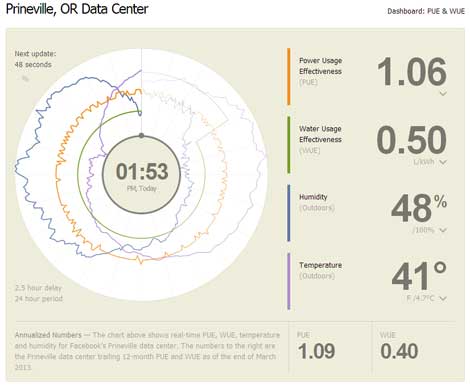 Facebook is open sourcing the power and water usage dashboards for its data centers in Prineville, Oregon and Forest City, North Carolina. Last April, the company launched public dashboards that visualized real time efficiency for the facilities, and now the company is sharing them in the spirit of transparency. The code for the dashboards has been open sourced so anyone can take a peak and potentially build something of their own.

This is yet another example of Facebook embracing openness for the betterment of data centers everywhere. Last January, the company said that Open Compute designs have helped it save $1.2 billion. The company was born on open systems and open source, and is giving back where it can – here, with a dashboard that might be helpful for companies looking to visualize energy and water efficiency.

The code is separated into two pieces: a front-end User Interface component and a back-end data aggregator that may be helpful for those with similar systems to Facebook. These components can work together or be used separately.

Hosting and cloud giant Rackspace participated in the beta testing of the code and provided feedback prior to the open source release. Rackspace is considering integrating the open source code in their facilities. Facebook plans to add a dashboard to its Sweden data center in the coming months, as well as in Iowa once that facility is operational.

To access the dashboard code, go to GitHub for the front-end component, and the back-end data aggregator.

The company is both giving back and providing some insight into its operations. Another major web-scale company with a publicly viewable efficiency dashboard is eBay, which unveiled a methodology and dashboard called Digital Service Efficiency (DSE) at The Green Grid Forum in 2013.

Facebook is going the extra mile by open sourcing its dashboard so that others can measure efficiency, as well as providing deep insight into its operations as it has been consistently doing over the years.