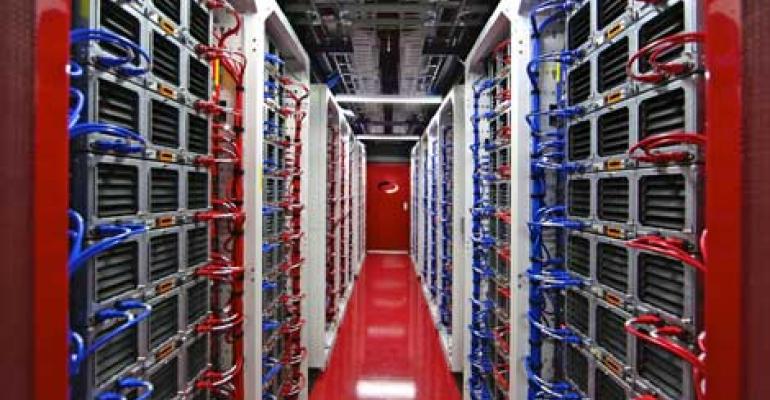 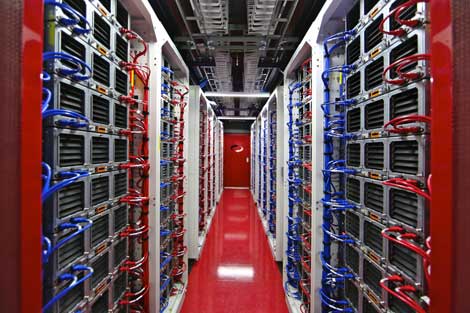 A look inside one of the high-density hot aisle containment systems, known as T-SCIFs, at the SUPERNAP campus in Las Vegas. Switch has announced an international expansion. (Photo: Switch)

The SUPERNAP is going global. Colocation pioneer Switch has formed a joint venture to launch an international expansion, teaming with Accelero Capital Holdings and Orascom TMT Investments (OTMTI) to build SUPERNAP data centers around the world.

The three companies have formed SUPERNAP International to build Tier IV data centers in multiple global markets, the companies said. No sites have yet been announced for the expansion, which will feature a new data center design developed by Switch founder and CEO Rob Roy. The design, which had its initial rollout at the new SUPERNAP 8 in Las Vegas, allows facilities to operate with high reliably in a wide range of climates and weather conditions.

Accelero and Orascom are part of the telecommunications and investment empire built by billionaire Egyptian businessman Naguib Sawiris. They are among the investors in the cloud computing provider Joyent, which houses key infrastructure in the SUPERNAP 7 facility in Las Vegas.

"The Partners to Make this Happen"

"The formation of SUPERNAP International will help further drive our client initiatives worldwide by providing enhanced accessibility to SUPERNAP ecosystems," said Roy. "Accelero and OTMTI have a successful track record globally of strategic investments and operational management in telecommunications and digital media and are the partners to help make this happen."

The joint venture will take Switch's high density data center designs beyond Las Vegas, where the firm has established a colocation empire built atop the SUPERNAP, a 400,000 square foot facility completed in 2009 that featured innovations in cooling, airflow containment and power design.

"SUPERNAP International marks a significant milestone for Accelero to expand in the media and technology sector," said Khaled Bichara, CEO and co-founder of Accelero Capital. "We are very excited to be part of this journey and to provide innovative methods to change the way data centers are engineered and utilized worldwide.”

Bichara will serve as President and CEO of SUPERNAP International, which will have an exclusive license for Switch's data center technology and Roy's patented designs. Bichara is a veteran of Wind Telecom and VimpelCom, the huge Russian mobile provider.

In addition to Joyent, Accelero's brands include European telcos Wind Telecom (WIS) and Italia Online. In North America, Accelero is known for its unsuccessful 2013 effort to buy the Canadian telco MTS Allstream for $500 million.

“We believe that the collection of our experiences, combined with state-of-the-art SUPERNAP technology, will provide another dimension to how data centers are engineered worldwide," said Bichara. "We look forward to working closely together to define the company’s strategy to enable the vast reach of this superior technology around the globe.”

The design for SuperNAP 8 can operate effectively in any climate, providing an ultra-efficient template for global growth. Some of Switch's innovations include:

Switch will continue to own 100 percent of its U.S. holdings.