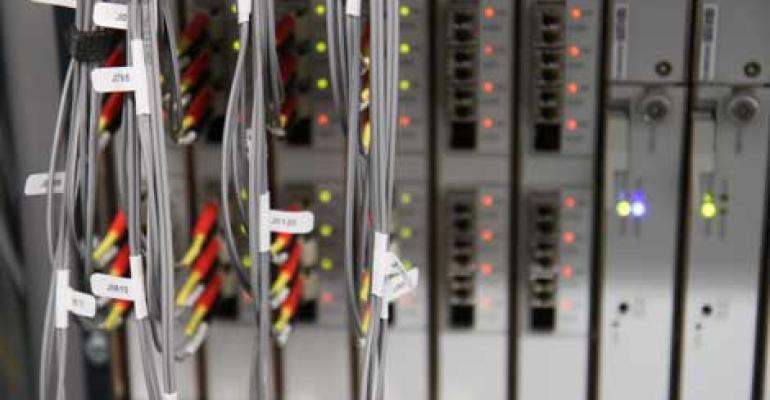 Inside LINX: Key Beachhead for the Euro Network Exchange Model

The London Internet Exchange (LINX) has gone online with its new European-style Internet exchange in northern Virginia. The exchange is a key beachhead for the Open-IX movement, and h may have strategic benefits for EvoSwitch and landlord COPT in Manassas. 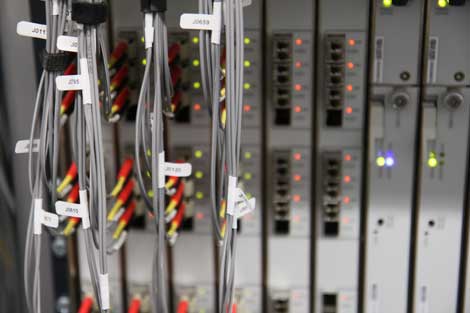 A piece of equipment similar to this one operates the new LINX PoP at the Evoswitch data center in northern Virginia. (Photo: LINX NoVa)

MANASSAS, Va. - It's an unassuming piece of equipment when you first look at it. One cabinet, albeit wider than the rest, sitting inside a data center operated by EvoSwitch. But this piece of hardware is more than just a Point of Presence (PoP) for LINX. It could represent the birth of a new paradigm for U.S. internet exchanges.

LINX is the London Internet Exchange, which is among several companies seeking to bring a European-style interconnection model to the United States.  In the European model, Internet traffic exchanges are managed by participants, rather than the colocation providers hosting the infrastructure. LINX NoVA is a member-owned internet exchange that already spans multiple data centers. The first of these is here at EvoSwitch in Manassas, with others at DuPont Fabros ACC5 in Ashburn and a CoreSite facility in Reston also now live.

LINX is one of three European providers that have entered the U.S. market in recent months. The others, Amsterdam's AMS-IX and Frankfurt-based DE-CIX, have targeted the New York/New Jersey market. They are key players in the Open-IX initiative, which hopes to gradually expand the network interconnection options in major U.S. markets. LINX NoVA has been approved, and EvoSwitch is currently in the process of getting Open-IX certified.

EvoSwitch has built its story around connectivity, and was the first company to land a LINX node in the states. It connects to LINX via 24 fiber pairs between the LINX rack and its Meet Me Room, a central point in the data center where customers can create direct physical connections between their networks. LINX NoVa is just one of many interconnection options in the EvoSwitch meet me room, dubbed IXroom.

EvoSwitch’s deep European roots made it an ideal candidate for the first LINX landing spot. The Amsterdam provider first entered the U.S. market less than a year and a half ago, leasing space in the COPT building in Manassas. The facility is outside of the major data center cluster in Ashburn, but the addition of LINX will likely begin to even the playing field for potential customers. It means rich connectivity, and as the Open-IX movement gathers steam and LINX NoVA continues to grow, EvoSwitch stands to benefit. As more and more networks open up the market in Virginia, facilities don’t necessarily have to be clustered around Ashburn to meet connectivity needs.

“Everything around here is so concentrated, it’s almost becoming a single point of failure," said Vincent Rais, Business development - Interconnection, at EvoSwitch. "The idea is to distribute the exchange. It’s a viable model that serves the community, and makes the internet more resilient.”

A tour of the facility reveals that space is already filling up. “There is great momentum and interest in the local market building up combined with interest in Open-IX and LINX NoVA,” said Rais. The company is approaching capacity of its first phase of buildout at WDC1, and expansion is already underway.

A big portion of EvoSwitch's base is  international – either European companies looking for U.S. infrastructure or the inverse. It has a fair number of system integrator customers, including a new breed of SIs that are helping their customers mix private with public clouds.

“It’s clear that by partnering with LINX, we’re positioning as an Internet-centric company,” said Rais.