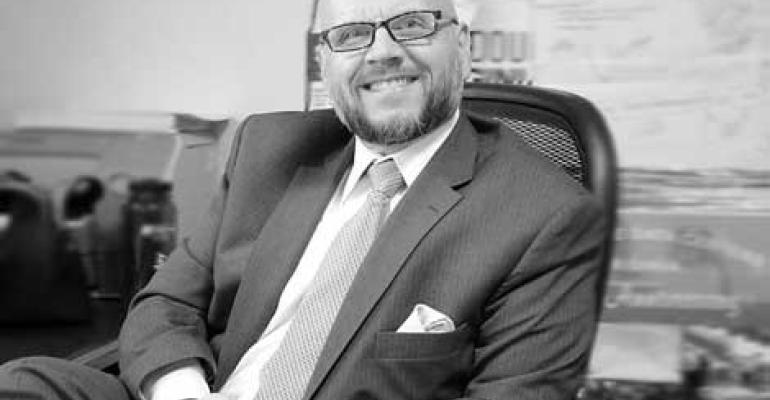 After a lengthy career in the radio industry, Buddy Rizer is working closely with the data center sector in his role as Director of Economic Development in Loudoun County, Virginia, which is home to 56 data centers and 5.2 million square feet of mission-critical space.. 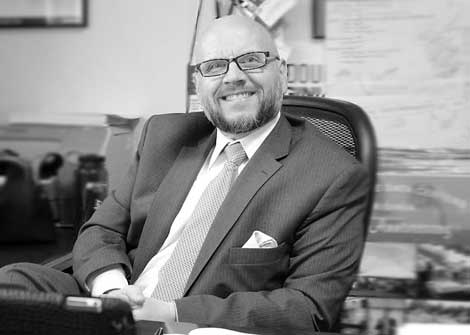 LEESBURG, Va. - Buddy Rizer knows a few things about promoting rock stars. Now he wants Northern Virginia to be known as the rock star of the data center world.

Rizer is the new Director of Economic Development in Loudoun County, which is home to 56 data centers and more than 5.2 million square feet of mission-critical space. After a lengthy career in the radio industry, Rizer has spent the past few years working closely with the data center sector in his role as assistant economic director in Loudoun. Last year he was promoted to director.

“You’re not seeing growth anywhere like we’re seeing right now,” said Rizer of the region's cluster of server farms. “This allows us to really grow our economy year after year. We have continued to grow and provide excellent services. (Data centers) provide tax revenue, and they don’t put a drain on services. It’s really a perfect industry for a fast-growing community like ours."

This is something of a second act for Rizer. In a lengthy career in radio, Rizer met rock luminaries such as The Rolling Stones, David Bowie, Aerosmith, KISS, Robert Plant and Janet Jackson, to name only a few. He owned a radio station, and also worked as a program director, brand manager and on-air personality.

“I started in radio when I was 15 years old, and had a wonderful time doing that,” said Rizer, who spent 16 years at DC101 in Washington, including stints as its morning host and program director. He still does an occasional radio show at 98 Rock in Baltimore.

Now the rock stars in his world are Digital Realty, DuPont Fabros, Equinix, RagingWire and the many other technology companies building businesses in Ashburn's "Data Center Alley."

How did a program director for one of the biggest rock stations in the Washington area end up so entrenched in the world of technology? “I was always interested in the technology of storing digital music,” said Rizer. “When I bought my own radio station, I made it completely digital. I was by no means an expert in data centers at this point. But when I sold the station I wanted to delve deeper into the technology world.”

Rizer got his start as a volunteer in economic development. “I saw how government can really help business,” he said. “If you create the right environment, business thrives.” Rizer has been key in the success of the data center industry in Loudoun County, typically referred to as the NoVa (Northern Virginia) region. He's too humble to say it, but the track record during his tenure is clear.

“I was the first outbound sales guy,” said Rizer. “We conducted a cluster study and recognized data centers as having huge potential for Loudoun. I became as much of a data center expert as I could. I got certifications, and went to conferences. It helped Loudoun County understand what data center operators needed. From a government standpoint, it’s easier to do business in the data center industry here in Loudoun.”

Proof of that statement is companies getting to market in record time. Digital Realty, for example, recently delivered new space in less than a year.

If you attend a data center conference these days, the expo floor features many booths staffed by economic development folks from all regions of the country and the world. That's a big change from his early experiences, Rizer recalled. "When I first started going, I was the only EconDev guy there," he said. "At the latest conference, there were more economic developers than prospects that I wanted to talk to. There’s still value (in conference attendance), but the industry has gotten incredibly competitive.

“It’s like any other industry,” Rizer continued. “When you start to see success, every community is going to want to see a piece of that action. We were leaders of a unique economic development success story here in Loudoun County.”

Rizer now hopes the template that helped build the data center sector can be applied to other growth industries. “We want to take that same energy and vitality to other clusters," said Rizer, who mentioned "big data" and healthcare IT as growth opportunities. "From a strategic standpoint there’s still a big future ahead. With the proliferation of cell phones and big data, digital data is going to grow 42 percent a year through 2020. In two years, we’ll generate more data than we can save today. The data center industry is going to be the one to store this information.“

Loudoun Country is primarily a market for colocation and wholesale space, two sectors that have benefited as companies seek a home for all that data.

“In my opinion, it makes less and less sense for an enterprise to have its own data center," said Rizer. "It’s not their core business to own and operate their own data center. The trend we’re seeing is that the colocation companies are growing.”

Many of the prime properties in the Ashburn area are being gobbled up, according to Rizer, as most of the data center industry's leading companies have already invested in land for their next stage of growth.

"I wouldn’t say there’s a shortage, but a lot of the major sites are controlled by owners,” said Rizer. “We have such a great group of data center operators here. We even had a Data Center-centric fantasy football league. They all compete, but they also understand that it’s a great thing for the industry.

As for the people of Loudoun County, the fact that data centers bring such immense tax revenue to the county, it keeps tax rates low. Rizer continues to ensure that life is not only good for data center operators, but for the people in the county that have benefited tremendously from his tireless work to make Loudoun into an economic powerhouse.