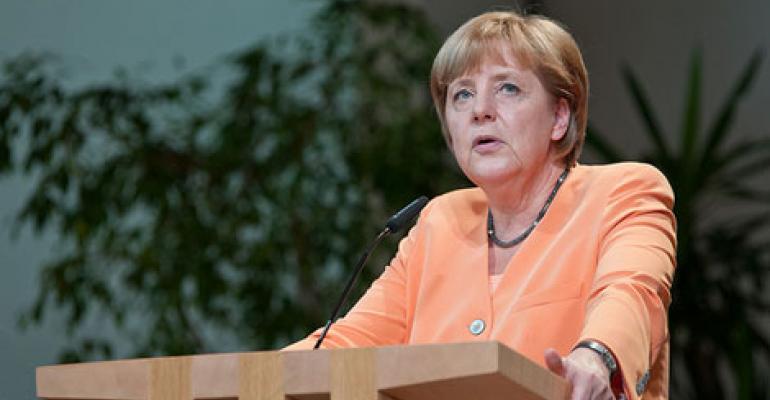 German Chancellor Angela Merkel proposed the creation of a separate European communications network that would keep data within the EU's borders and not allow it to pass through U.S. based servers. 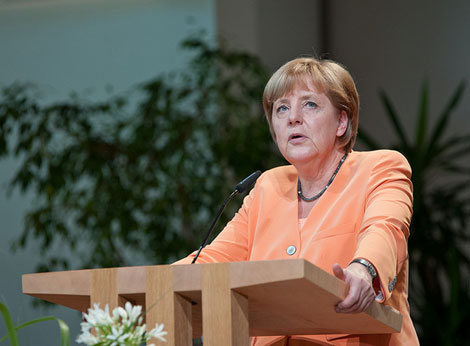 German Chancellor Angele Merkel has proposed the creation of a separate European Internet to shield users from surveillance. (Photo by Christliches Medienmagazin pro via Flickr)

There's been speculation among analysts that the leaks and press coverage of spying on major Internet companies could lead to a splintering of the global Internet, with other countries seeking to build "NSA-free zones" for their residents and businesses.

Those worries took a more serious form this weekend when German Chancellor Angela Merkel proposed the creation of a separate European communications network that would keep data within the EU's borders and not allow it to pass through U.S. based servers.

"We'll talk with France about how we can maintain a high level of data protection," Merkel said in her weekly podcast. "Above all, we'll talk about European providers that offer security for our citizens, so that one shouldn't have to send emails and other information across the Atlantic. Rather, one could build up a communication network inside Europe."

In November, reports emerged that Deutsche Telekom was working to develop such a network. The proposal could be extended to other EU countries, but apparently not the UK, where the national spy agency GCHQ has reportedly tapped undersea cables and service provider networks to access data.

For Merkel, the surveillance issue has been personalized by reports that the U.S. government had been monitoring her phone for years.

Playing Politics, or Breaking the Internet?

It's hard to know whether Merkel's proposal is a genuine first step towards a separate EU network, or an effort to rachet up political pressure on President Barack Obama to rein in the spying activities of U.S. intelligence agencies. This type of partitioning of the Internet would be a huge setback for global business. Although it seems far-fetched given the benefits of an open global network, the possibility of a Balkanized Internet must be taken more seriously when it is raised by heads of state rather than Internet pundits.

What are the implications for the data center industry? More than ever, the physical location of infrastructure is taking on political overtones. If a European audience is essential to your business, having a data center in that market may become necessary. Some large players with global ambitions have sought to serve their international users primarily through a U.S.-only data center footprint, including companies like Twitter and LinkedIn.

A fenced-off European network would also have business implications for providers. It could increase demand for established Euro-centric colocation and wholesale data center providers, and boost the fortunes of markets like Frankfurt, Amsterdam and Paris.

There are many potential implicatioms to Merkel's proposal. For now these are purely speculative. But this proposal bears watching, given its ramifications for Internet business and the infrastructure that powers it.

Bank of England Warns on Risks of Banking’s Reliance on Cloud Computing
Jul 13, 2021