Colocation and interconnection provider Interxion (INXN) has passed the 500 carrier mark in its European data centers and says it is seeing strong growth. 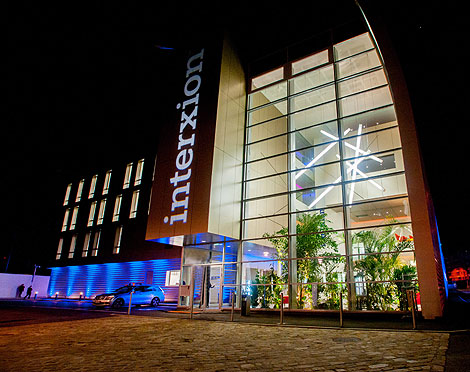 Colocation and interconnection service provider Interxion has passed the 500-carrier mark in its European data centers. The European cloud and colocation provider has been focusing on providing the best connected data center environment it can, as well as setting up communities of interest which bring like-minded companies together.

“The number of carriers is a key metric that we keep an eye on,” said Mike Hollands, Director of Connectivity and Mobile Community at Interxion. “Five hundred means 500 different companies, it’s not inflated by reaching Internet exchanges. When I joined the company two years ago in January 2012, we had 350 connectivity providers across the European footprint. That number has now hit 500. Our data centers continue to attract connectivity players. They come because they do a lot of business with one another, and also because they get a lot of revenue serving the digital media, cloud and, finance."

Interxion has more than 1,400 customers in its 34 data centers across 11 countries, all in Europe. Network services account for 35 percent of Interxion’s annual revenues. The company had revenue of 78 million Euros ($106 million U.S.) in the third quarter of 2013.

How does 500 carriers stack up against other data center providers? In Europe, it puts Interxion at or near the top. Equinix states it offers access to more than 950 network providers, but that’s a global number. Telx has also built a significant business on interconnection but doesn't give an exact number. Among European specialists, TelecityGroup says it offers access to "hundreds of carriers".

In Europe's major markets, a data center emerges to become the connectivity hub of that city. “In Interxion’s case, we’ve achieved that in Frankfurt, Vienna, and Madrid," said Hollands. "In other cities like London, it hasn’t been the traditional connectivity hub."

In London that role belongs to Telehouse, but Interxion has doubled the number of connectivity providers in London due to growth among financial customers. Hollands says some telecom providers want to diversify from the Docklands area, which is driving the increase of the number of carriers it has. Those 500 carriers fall into specific segments:

Growth in the FLAP Region

“In terms of growth from existing carriers, a huge amount of network capacity growth by carriers is being implemented in FLAP – Frankfurt, London, Amsterdam and Paris – the core ring in Europe is where core growth is occurring,” said Hollands.

“We’ve also been seeing the Asian Pacific Carriers in large numbers,” said Hollands. “The other area is in the mobile community, mobile network companies that work alongside network operators. The whole mobile ecosystem is really exploding.”

Chicken or the Egg?

Customers beget more connectivity providers as networks look to serve new clientele. New customers look for rich, diverse connectivity. In Interxion’s case, it really built up its connectivity first, which drove its customer growth. The company is strong with the financial vertical, digital media, and cloud and service providers.

“They want diverse options and good pricing," said Hollands. "They want to be able to pick a provider with great connectivity depending on their strategy. “We do have a carrier neutral policy and offer no connectivity ourselves. We’re an independent consultant.”

"Our policy has been to continue expanding our existing data center campuses,” said Hollands. “We just finished Frankfurt 7, and are building 8 and 9. We have Paris 7 opened, and built a second data center in Madrid. We’re expanding in Vienna and Stockholm. These are all places we’ve been in the past. Carriers really like that once they put in infrastructure, we’ll continue to put more and more space.”

By continuing to expand its existing data centers, it ensures carriers investing in infrastructure within the facility will continue to pay dividends as the clientele grows.