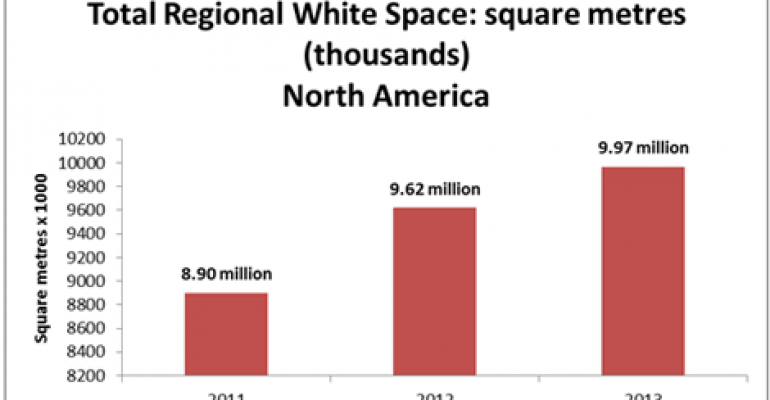 A report from DCD shows some very healthy trends for the outsourced data center world, which is now estimated to be 25 percent of the overall data center market. Outsourced Data center investment has increased 13 percent over the past 12 months to around $8.8 billion. 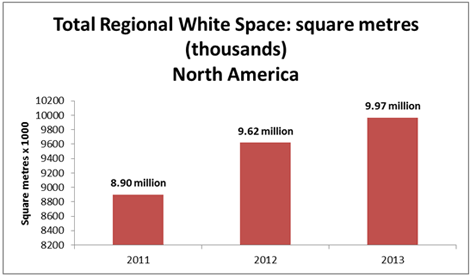 Almost a quarter of data center space in North America is now outsourced, and the growth trend in data center outsourcing and colocation shows no signs of abating. Outsourced data center investment has increased 13 percent over the past 12 months to around $8.8 billion, and it’s predicted to increase another 15 percent by the end of this year, according to a new report from DCD Intelligence.

Growth is being fueled by increasing IT capacity requirements combined with reduced budgets and the need to access new technologies, according DCD Managing Director Nicola Hayes. “The sectors that are the highest users of colocation services are currently public administration, IT services and financial services but we are witnessing an increase in the uptake of outsourced data center solutions across all industry verticals, this demand is fueling further growth in the colocation sector in terms of build and this section of the market is expected to continue to show healthy growth through 2014,” said Hayes.

The 2013-2014 Census Report: North America Data Center Markets breaks down the industry in terms of trends with facility requirements across space, racks and power. It also provides a facility profile, granularly breaking down facilities by construction type, rack density and more. The biggest overall trend is the continued shift to outsourced data center and general growth of data centers in North America.

North America now accounts for 9.97 million square meters (107.3 million square feet) of data center white space, an increase of 3.5 percent over the previous year. Power consumption - the true defining metric - stands at 11.55 gigawatts, an increase of 6.8 percent from 2012.  That’s enough to power nine and a half DeLorean time machines (the DeLorean as a unit of measure is a standard I’d like to push).

This increase comes amid a larger focus on energy management, so the amount of power consumed continues to grow, even as the industry becomes more efficient. DCD has downgraded its power consumption forecast through to 2016 because of this increasing focus on efficiency. The report finds that only 69 percent of data center operators in North America are monitoring energy consumption continuously, with 51 percent monitoring energy efficiency and 21 percent monitoring carbon emissions.

Unsurprisingly, power continues to be the single largest operational cost, followed by network upgrade and maintenance and labor costs.

There were approximately 3.28 million racks in North America in 2013. There were an estimated 2.92 million racks in the U.S. and 360,000 racks in Canada, with Canada showing stronger growth year over year with 9.1 percent compared to 4.3 percent in the U.S. However, the U.S. has higher proportions of high density racks, primary facilities in dedicated facilities, large and mega data centers.

The report predicts increased data center investment, especially for meeting growing power requirements as well as cloud enablement or virtualization. The three most commonly deployed services in 2012 to 2013 are private cloud (26 percent), Infrastructure as a Service (23 percent) and Software as a Service (22 percent). Investment will also go towards increasing sustainability, reducing operating costs and improving space usage.

The total amount invested in facility equipment & solutions and IT optimization strategies & solutions is $33.7 billion, up from $27.9 billion in 2011/12, a significant increase of 20.3 percent. total investment is predicted to rise 7.4 percent in 2013/14 to $36.2 billion. While the United States accounts for 89 percent of these numbers, Canada's high growth means its share of investment versus size is much higher, with an increasing amount of investment traveling north.

Refit and refresh was the most marked investment trend, up from 44 percent in 2012 to 73 percent in 2013. So we're at the peak of the tech refresh cycle.

North American data center owners and operators have dedicated 42 percent of in-house investment to building new facilities, while 21 percent is for extending/expanding existing facilities and 21 percent is for refitting and refreshing. Within the facility, the most commonly deployed solutions in the year to mid-2013 are cabling and switching equipment (55 percent of respondents), power distribution solutions (49 percent) and cooling infrastructure (47 percent). These are all core to data center operations and investment in them tends to be cyclical across markets. The report also states that the uptake of DCIM, containerized and modular data center solutions are all trending higher.

Overall, the report indicates a very healthy colocation market, with outsourced data centers taking over a bigger share of the overall market. Investment trends indicate that multi-tenant data center operators are investing in the future, and customers are investing in cloud. Over 310 organizations participated in the report, with 70 percent located in the United States and the remainder in Canada. The report is available through DCD Intelligence.