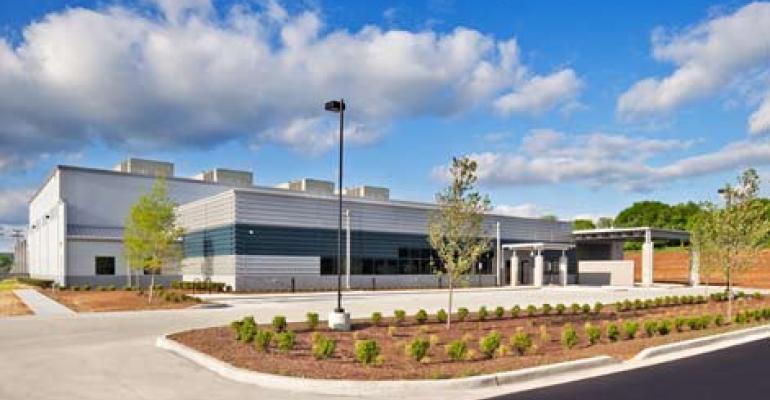 Illustration of a data center by Compass. Image by Compass Datacenters
Colocation

Compass Datacenters has bought land for a data center campus near Columbus, Ohio where the company plans to build up to five data centers, representing up to $60 million in investment. 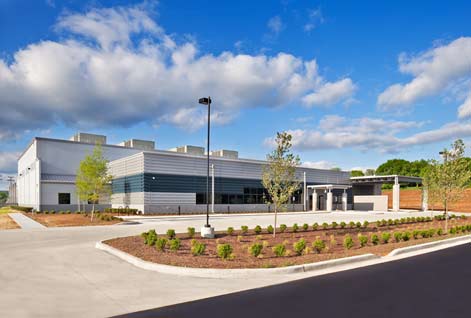 A look at a data center designed and built by Compass Datacenters, which will build a new data center campus in New Albany, Ohio. (Photo: Compass)

Compass Datacenters has bought land for a data center campus near Columbus, Ohio where the company plans to build up to five data centers, representing up to $60 million in investment. Compass acquired a 9.2 acre parcel of land in New Albany, Ohio for $1.93 million. The property is located within the 3,000 acre New Albany Business Park, a hub for corporate headquarters, technology firms and other companies in the fast-growing Columbus region.

The announcement highlights the rising profile of Ohio as a data center market. Expedient and DataCenter.bz are also building data centers in the Columbus market, while IO has a facility near Dayton and CyrusOne has a dominant presence in the Cincinnati market.

"We chose the Columbus market as the location for our next data center development because multiple firms have expressed an interest in having a facility in this area, indicating that there is strong demand for data center space in Columbus," said Chris Crosby, CEO of Compass Datacenters. "We are investing in New Albany to provide companies with the ability to obtain data center facilities they traditionally could only get by developing in a larger market such as Chicago and New York or through a lengthy and costly process of building a facility themselves. Our feature-rich product includes all of the must-haves that enterprise customers and services providers look for in a mission critical facility.”

"Data centers have a significant impact on an area’s economic health, not only through the direct investment of building of facilities but also through the impact these technology buildings play in helping companies grow and support new jobs," said New Albany Mayor Nancy Ferguson. "We want the world to know that New Albany is a great place to work and do business, and Compass’ investment here will make this an even more attractive place for companies who want grow.”

Compass has worked closely with Internet service providers, building data centers for Windstream in Raleigh, N.C. and Nashville, and is working with Iron Mountain on a new facility in Massachusetts and Savvis/CenturyLink on a new site in the Minneapolis market.

The company uses a design that features the CompassPod, which provides 10,000 square feet of column-less raised floor space supported by 1.2 megawatts of electrical power with 2N power distribution. The facilities delivers a PUE of 1.2 to 1.5 at power loads as low as 25 percent. CompassPods are contained within the CompassStructure, a hardened, energy-efficient, highly-secure structure for the facility’s mission critical IT systems. THe facilities are built to an Tier III design, and Compass typically seeks certifications for LEED Gold and Uptime Tier III construction.