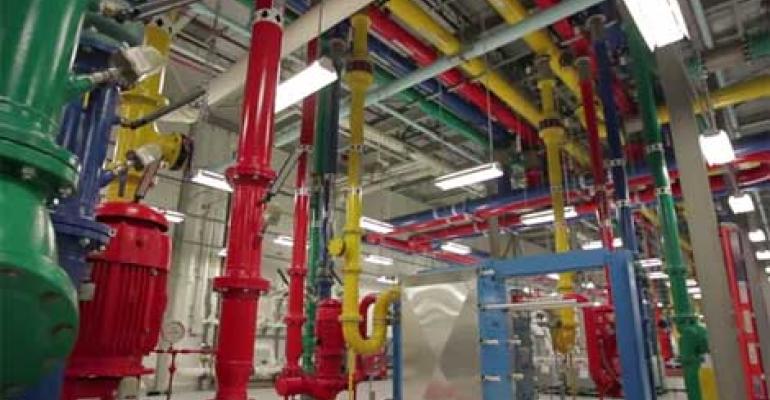 NSA Will Cool its Secret Servers With Waste Water

A new data center being built by the National Security Agency (NSA) will use up to 5 million gallons a day of treated wastewater from a Maryland utility. With its use of local waste water, the NSA is emulating a strategy adopted by Google.

A new data center being built by the National Security Agency (NSA) will use up to 5 million gallons a day of treated wastewater from a Maryland utility. The agency last week reached an agreement with Howard County to use treated waste water - also known as "gray water" - that would otherwise be dumped into the Little Patuxent River, according to the Baltimore Sun.

As part of the agreement, the NSA will spend $40 million to build a pumping station that will supply up to 5 million gallons a day of water for the cooling systems at the NSA data center under construction at Fort Meade, which is scheduled to come online in 2016.  The agency is investing $860 million to build the 600,000 square foot facility, which require 60 megawatts of energy and include at least 70,000 square feet of data center space.

The NSA is already building a massive data center in Utah, investing up to $1.5 billion in  a project that will feature up to 1 million square feet of facilities. The NSA says both facilities will be used to protect national security networks and provide U.S. authorities with intelligence and warnings about cyber threats. But the agency data centers have become a flash point for controversy in the wake of public disclosures about the NSA's covert data collection efforts.

With its use of local waste water, the NSA is taking a page out of Google's playbook. A Google data center near Atlanta is recycling waste water to cool the thousands of servers housed in the facility, and then purifying the excess water so it can be released into the Chattahoochee River. The plant builds on concepts Google used in Belgium, where it treats water from an industrial canal for use in its data center cooling system, allowing the facility to operate without chillers.

The enormous volume of water required to cool high-density server farms is making water management a growing priority for data center operators. The move to cloud computing is concentrating enormous computing power in mega-data centers containing hundreds of thousands of servers. In many designs, all the heat from those servers is managed through cooling towers, where hot waste water from the data center is cooled, with the heat being removed through evaporation.