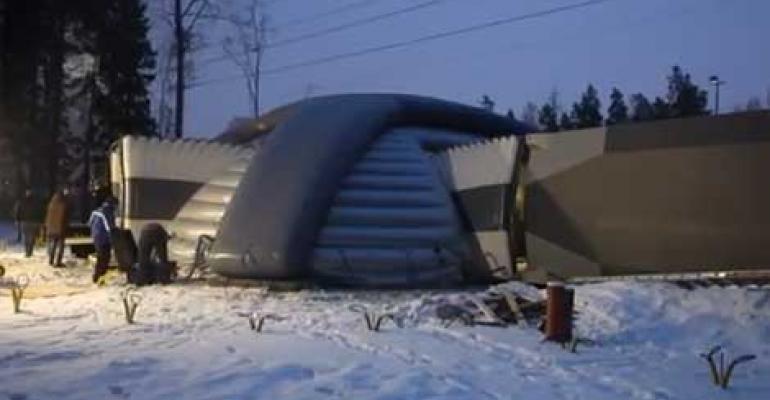 Big projects, big budgets, design innovation and repurposing the old economy's infrastructure for the new economy were key themes during 2013. Here are the top 10 stories of 2013, ranked by page views. 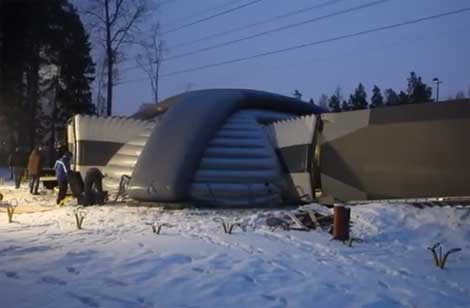 Big projects, big budgets, design innovation and repurposing the old economy's infrastructure for the new economy were key themes during 2013. That's reflected in our review of the most popular stories on Data Center Knowledge in 2013, which also featured mystery barges, data centers that look like space stations, and the NSA. Here are the top 10 stories of 2013, ranked by page views:

With Ubiquity, Sears is Turning Shuttered Stores into Data Centers - Our readers were fascinated with Sears Holdings' entry into the data center business. Sears formed a new unit to market space from former Sears and Kmart retail stores as a home for data centers, disaster recovery space and wireless towers. With the creation of Ubiquity Critical Environments, Sears hopes to convert the retail icons of the 20th century into the Internet infrastructure to power the 21st century digital economy. Sears Holdings has one of the largest real estate portfolios in the country, with 3,200 properties spanning 25 million square feet of space. That includes dozens of Sears and Kmart stores that have been closed over the years.

Google Has Spent $21 Billion on Its Data Centers - Google has invested more than $21 billion in its Internet infrastructure since the company began building its own custom data centers in 2006. The company’s spending has intensified in recent quarters as Google has launched a global expansion of its data center footprint, which has led to quarterly spending in excess of $1 billion. The company invested a record $1.6 billion in its data centers in the second quarter of 2013.

Microsoft's $1 Billion Data Center - This was a pivotal year in the emergence of the billion dollar data center campus, as tech titans continued to invest in key data hubs. With its latest expansion, Microsoft’s investment in its data center campus in southern Virginia has reached $997 million. Microsoft also provided a first public glimpse of its new data center design, which features pre-fabricated modules housing thousands of servers, some of which sit on a slab, open to the sky and the outdoors.

The Space Station Data Center - The team behind the stylish “James Bond villain” data center in Stockholm began deploying its first modular data center. As you might expect, the project embraces a futuristic design that doesn’t resemble your typical data center. “The goal with this installation is to make it look like a space station,” said Jon Karlung, the CEO of Bahnhof. The design features a spacious double-wide module built with bullet-proof steel that will house servers, which attaches to “The Dome,” an inflatable central vestibule that houses security staff.

NSA Building $860 Million Data Center in Maryland - The NSA was in the news throughout the year. While the agency's Utah data center became the focus of global attention, the NSA continued expanding its data center footprint in other areas. The agency broke ground on an $860 million data center at Fort Meade, Maryland that will span more than 600,000 square feet, including 70,000 square feet of technical space. Last month the NSA and the U.S. Army Corps of Engineers began building the High Performance Computing Center-2, an NSA-run facility that will be located on base at Fort Meade, which is home to much of the agency’s existing data center operations.

Ubiquity Eyes Turning Sears Auto Centers into Data Centers - Sears made news again as it refined its data center strategy. Late in the year, Ubiquity Critical Environments said it is considering a concept to convert some of its Sears Auto Center stores into data centers. It is working with Schneider Electric, a leading provider of data center equipment and services, on a proposal to build and operate mission-critical facilities in a number of markets around the country.

Microsoft’s Journey: Solving Cloud Reliability With Software - Cloud service providers need to move beyond traditional reliance on complex hardware redundancy schemes and instead focus on developing more intelligent software that can monitor, anticipate, and efficiently manage the failure of physical infrastructures, writes David Gautier of Microsoft in this Industry Perspectives column. When service availability is engineered in more resilient software, there is greater opportunity to materially rethink how the physical data center is engineered.

Intel Updates Processor Roadmap for 2013 - Intel has a busy year of new processor product rollouts planned, as it continues to update its chips to take advantage of technology innovations. During her keynote at the Intel Developer Forum in Beijing, Diane Bryant, senior vice president and general manager of Intel’s Datacenter and Connected Systems Group, unveiled details of upcoming Intel products targeting the server, networking and storage requirements of the data center.

Countering the Threat of Cloud: IT Ops With A Service-Oriented Approach - By changing the focus away from managing server resources and adopting a Service-Oriented approach to IT Operations, IT organizations can turn the threat of cloud computing into an opportunity, while helping to deliver business innovations to their organizations, writes Vic Nyman of Bluestripe Software in this Industry Perspectives column.

The Barge Mystery: Floating Data Centers or Google Store? - The Internet loves a mystery. And the Google Barge was one of the best mysteries of the year. Prototypes of the “Google Navy” were discovered on both coasts. Were they floating data centers? Or some kind of marketing facility for Google Glass? The latest word from Google is that they are "interactive learning centers" where people can sample new technology.