Cloud computing is more than just a buzzword. It's a mega-trend that has become an umbrella term for the ongoing shift from in-house data centers to third-party facilities. Here's a look ahead at the trends that cloud thought leaders believe will be the most significant in 2014. 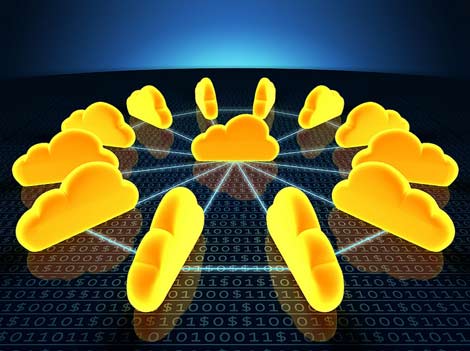 Cloud computing is more than just a buzzword. It's a mega-trend that has become an umbrella term for the ongoing shift from in-house data centers to third-party facilities. Within that mega-trend are many smaller trends, which have important implications for the industry and your IT operations. Here's a look ahead at the trends that cloud thought leaders believe will be the most significant in 2014.

Cloud and CDN continue to blur, and the Network plays a bigger role.

As perhaps the last bastion to get “cloudified”, the network will continue to be a focal point in 2014. There's also been a lot of interest in "edge" computing, and using cloud in a way to deliver content more efficiently.

“The world of cloud and CDN is going to continue to blur,” said Robert Miggins, senior VP of business development at Peer 1. “Clouds that run in multiple geographies will be important. In order to be bold, in order to be a real player in the cloud you have to be in multiple locations. Those locations need to be able to operate between very seamlessly. You get at some distributed content ala CDN. We’re seeing customers come to us because we have lots of data center choice and they’re connected to one another.”

“Let’s get that data closer to the edge,” said Tyler Hannan, Director of Marketing, Basho. “The ability to insure continuous experience regardless of where the user is located will be critical.”

"Cloud computing will become even more fundamental to business strategy, and IT leaders will need to rethink the role of the network to deliver on the promise of cloud," predicts Juniper Networks. "Enterprise data centers typically operate in silos and the lack of integration between compute, storage and networking has prevented businesses from achieving the goals of agility and operational efficiency. As enterprises begin to realize the benefits of cloud to achieve these goals, and the deployment and orchestration systems like OpenStack and CloudStack mature, managing data centers will be about managing workflows. As a result, there will be full integration of the network into the cloud workflow, making it more operationally efficient and easier to quickly meet changing demands."

“Open source is something that’s been out there for a long time, said Rackspace CTO John Engates. “A lot of times it was the alternative. The CIO would choose enterprise technology, but there was always a sort of rebellious developer thing. Open Source has flipped to where it’s leading the way. Rackspace never believed we’d be able to run our entire technology on open source.

"You won’t be looking to a specific vendor for your roadmap," Engates cointinued. "This won’t happen over night for enterprises. I think it’s DevOps that really drives this change. The developer didn’t have as much clout in the old days. They are now the much larger influencers of the technology decision. Sometimes it’s just the developer doing his thing with open source software – without an RFP. The developer prototypes the whole thing.

"The scale of things has driven people to open source. License fees for many, many users doesn’t make sense. Nobody wants to pay a license fee every time you spin up a cloud server. With web, mobile and social, people will make proprietary the fall back. The emergence of software as a service adds to this – you’re renting, reducing your dependence on some of the historic software vendors. In the old days, nobody could imagine not having Microsoft, Oracle, SAP, but every company is starting to see the opportunity. It’s losing its stranglehold on IT. A lot of SaaS companies see that as the way to build their infrastructure."

From Public or Private, to Public AND Private

Rackspace CTO John Engates said if he cut put his hat on one prediction, it’d be this one: Containers will take off and be used heavily in production. “We’re getting a lot of interest. Every customer is talking about it, playing with it,” said Engates.

Containers simplify the deployment and management of cloud applications. The next big thing is containerizing and virtualizing the application, not just the machine. It makes things smaller, lighter and faster. It isolates each individual user in a separate container, and it makes the development experience better

Cloud: The Birthplace of Value-Added Services

“Expect more MSPs and VARs to add cloud Backup-as-a-Service and DR-as-a-Service to their lineup of offerings as a way to bring more value to their customers,” said Janae Stow Lee, senior vice president, Filesystem and Archive at Quantum. “Major storage companies will play a key supporting role in providing the underlying technologies as part of a broader effort to compete with cloud leaders such as Amazon.”

Last year, one of the predictions was that cloud brokerages would appear. While that began to happen, there’s two vastly different models emerging. The first is a traditional brokerage, with very little difference compared to a stock brokerage, for example. The second is Cloud Federation, where clouds are still aggregated, however the aggregator provides value. Dell’s recent cloud ecosystem is one example, as well as what OnApp has done well with CDN, with success in compute likely to follow.

“There’s two different types of models, one with very little chance,” said Miggins. “There are those that are strictly brokers. I don’t believe that that’s going to happen. None of them know how to create demand. They can get every cloud provider in the world to plug in APIs but they can’t generate demand. OnApp has IP; they actually create value. The company is trying to have a common orchestration platform and helping you manage your infrastructure. If they can help facilitate worldwide, federation will take off.”

Nirvanix, an oft touted public cloud provider, made its exit in 2013. Shutting its doors had several implications.

“Following the initial enthusiasm surrounding public cloud’s potential, it was perhaps inevitable that issues such as security and availability would attract more scrutiny, and the collapse of Nirvanix is giving some of those issues greater urgency,” said Lee of Quantum.  “Companies will be more careful about weighing the cost savings benefits of public cloud backup against the slower recovery speeds, as well as concerns for their data’s security in multi-tenant clouds. Hybrid approaches that offer the best aspects of public and private clouds will have increasing appeal – particularly the benefits inherent in keeping a local copy on premise for quick recovery and assured availability.”

Cloud and “The Internet of Things”

“The Internet of Things” was perhaps 2013’s most overused buzz-term. Behind the term, there is an actual phenomenon occurring where everything is becoming connected, and the cloud is the technology behind this movement.  Robert Scoble calls it “the age of context”

“TheInternet Of Things: a happy little buzz phrase,” said Basho's Hannan. “It’s about connected devices driving growth of data. A good example is the wireless water meter company for Ireland. They collect data and stream into Riak to generate bills. To be able to have a solution as connected devices and end points scale. It will drive a new explosion in stored, monitored, processed, and analyzed data. Commodity storage and scale software technologies means companies will change their approach to data retention and create new data rather than updating or deleting historical information."

This prediction is in line with last year’s “Community Cloud” prediction. While the giants like Amazon Web Services (AWS) will focus on providing commodity cloud, others getting into cloud will target specific verticals or needs in order to differentiate. We saw some examples of this in 2013, with companies like Veevo who target healthcare. This sort of specialization will continue en masse in 2014.

“Up until recently, most of the cloud technology out there has been general-purpose platforms,” said Engates, the Rackspace CTO. “The question is how do we make the cloud better for certain types of activities? Databases? Low latency for gaming or financial services? A highly secure cloud Rackspace took a stab with the high performance servers, high bandwidth and high IOPS. This is going to be similar to the way that car companies tailor their offerings. It can’t go on forever that everyone builds general-purpose cloud. Another idea that comes to mind is higher processing capabilities, really thinking about the user and the use case.”

Amazon Web Services is fantastic for certain things. It’s why they’re the clear front-runner in the cloud space; they have that “general” appeal. However, some companies continue to “graduate” from Amazon Web Services, perhaps because of their need for more specialized services.

“We’re very enthusiastic about customers who outgrow AWS,” said Miggins of Peer 1. “We found that they’re overpaying, and getting very little tech support or service. When we come across somebody spending 10k or more, we can have a very interesting conversation.”

IT no Longer a Department, but a Business Driver

“Information Transformation,” said Engates. “People are going to have to transform the way their IT is structured, even what IT even means. IT used to be where all the computers sat, all the technology. Now the business is leading with the technology – just like the wearable technology. Some examples are GE, with engines dumping massive amounts of data into the cloud. Cotton is harvested by tractors that drive themselves that use GPS in the cloud. It’s no longer the case that you can look at the IT department.”

“IT needs to become enabler rather than slowing things down," continues Engates. “The companies that we’ve seen leading the way, using a private cloud, they’re usually doing a pilot within the organization where none of the rules applied. It’s a bubble, sponsored by the CIO and CTO and people have a license to try something new. Be like a startup, or an innovation team. It’s a great experiment that every IT shop should be running. Like Facebook says, you need to be able to iterate very quickly. OpenStack has been a big to us for customers who want to set up an innovation lab. Every company needs to start thinking this way very soon.”