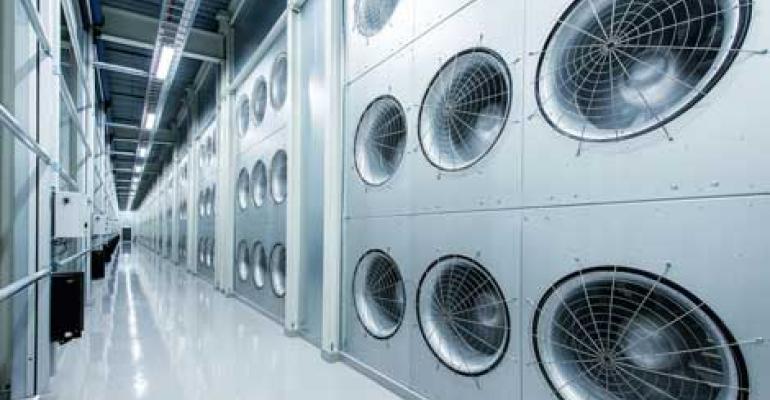 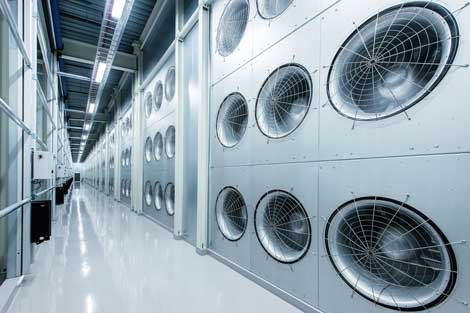 Facebook already uses moving air to cool its data centers, as seen with this huge fan wall in its Lulea data center. The company said today that it will use wind to generate power support for its new facility in Iowa. (Photo: Facebook)

Details about Facebook's use of wind power in Iowa aren't hugely surprising, as the official confirmation of Facebook's work in the state mentioned that Iowa "has an abundance of wind-generated power."

The Wellsburg wind farm in Iowa's Grundy County will be functioning next year, and will produce as much as 138 megawatts for the Iowa grid — more than enough to power up the Altoona facility when it starts handling traffic in 2015 and "for the foreseeable future," according to Facebook's announcement.

The wind farm should be a more significant renewable asset for Facebook than the 100-kilowatt solar array beside Facebook's data center facilities in Prineville, Ore., which is primarily meant to power the office space.

Strategically it will play a role that's more like Facebook's data center in Lulea, Sweden, which is powered by renewable hydroelectric energy

MidAmerican Energy will own the new Iowa wind farm, which Facebook started working on with the wind development company RPM Access. RPM last year received an equity investment from Google, which has a data center of its own in Iowa.

Facebook once faced strong criticism from Greenpeace about its energy use. In 2011 the attacks largely died down, with Facebook declaring a goal of running all of its equipment with renewable energy. Companies such as Box have since made similar commitments.

By the end of 2015, Facebook wants to be using renewable energy sources to run at least a quarter of its data center infrastructure, the company said. 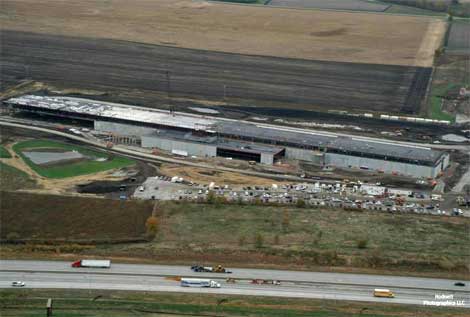