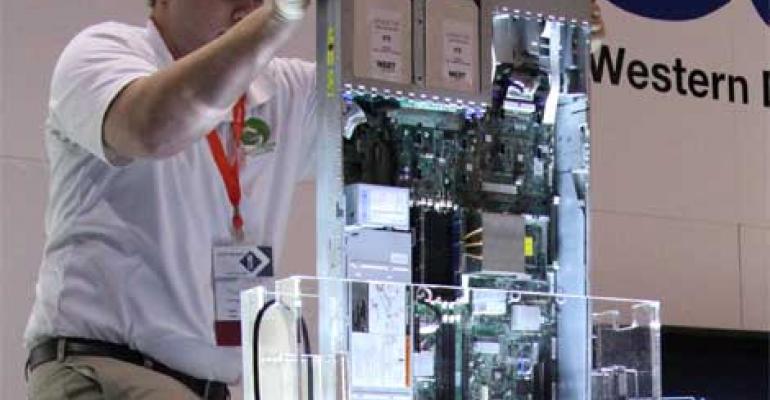 On Monday, HGST announced a new Helium-filled hard drive, which boosts storage capacity by reducing drag. Because they're hermetically sealed, the drives are ideal for immersion cooling. At Cloud Expo, HGST showed off an immersion cooling implementation of its Ultrastar He6 drive. 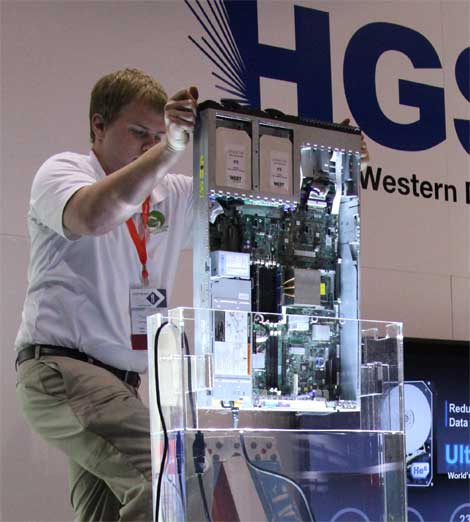 On Monday, Western Digital's HGST unit announced a new Helium-filled hard drive, which boosts storage capacity by reducing drag, since helium has one-seventh the density of air. This allows HGST to place spinning disks closer together, and pack seven disks into a drive that normally would hold five. Since the HelioSeal drive is hermetically sealed, it also makes it ideal for immersion cooling. At this week's Cloud Expo 2013 conference, HGST (previously Hitachi Global Storage Technologies) showcased this capability, submerging its Ultrastar He6 drives hard drives in a liquid cooling solution from Green Revolution Cooling. The combination could prove attractive to organizations with must crunch and store massive volumes of data. Green Revolution's technology has already been used to create immersion data centers that can pack extraordinary compute density into a small room. In this video, Brendan Collins, Vice President of Product Marketing at HGST, discusses the features of the He6 helium drives which are running behind him, fully immersed in the Green Revolution liquid cooling tank. This video runs about 1 minute.