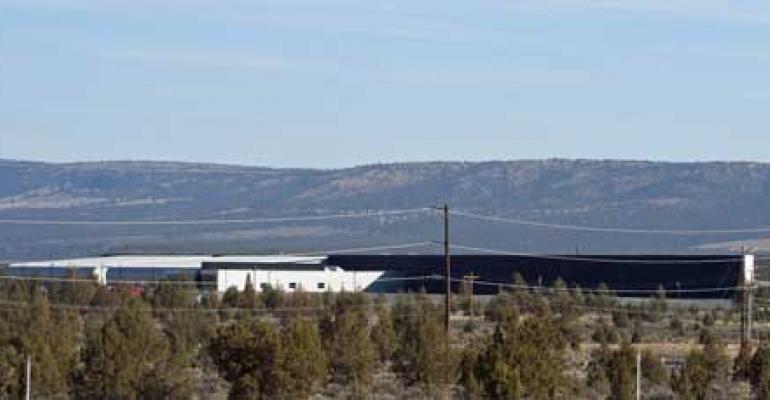 What's Apple building in Prineville, Oregon? Here's a closer look at the progress on their new data center to support iTunes and the iCloud (with photos), as well as clues about the company's future expansion plans.

PRINEVILLE, Ore. - Apple has said little in public about its data center here, leaving even local officials wondering what's inside and how the site could expand in the future.

During a Tuesday tour of Facebook's new cold-storage facility at its site across the highway, reporters caught a glimpse of the Apple data center, which is expected to support the company's iCloud service.

The Prineville campus is part of a major expansion of Apple's data center capacity that began with the opening of a 500,000 square foot data center in Maiden, North Carolina in 2010. The company is building new server farms in Prineville and Reno, Nevada and rumored to be planning another in Hong Kong.

While crews bring infrastructure into the Prineville data center itself, they are also constructing a power substation nearby. 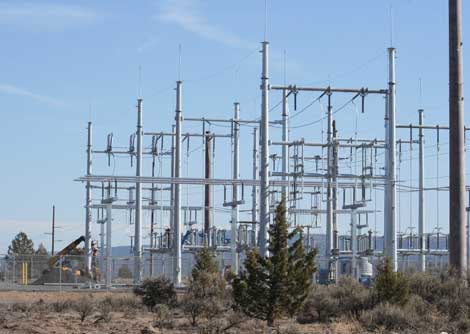 Plans originally filed with local jurisdictions showed berms that would hide the initial Apple building. But the large data center nearby the first building can be easily seen from the highway just north of the site. 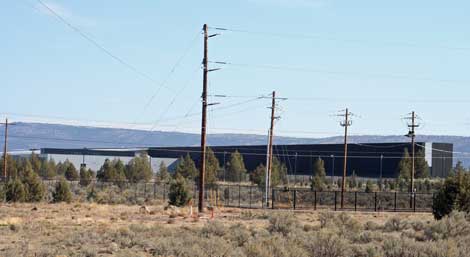 The site can also be seen from above. Aerial photos on file with county planners show a long corridor, or spine, connected with offices as well as two data halls (referred to as "modules") for housing servers and other computing infrastructure. The company could add six more modules on to the spine of the building, and the entire structure could well be replicated just south of the current large building. 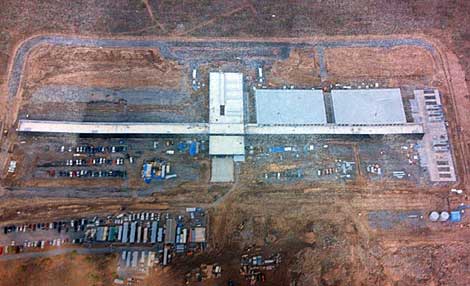 It's unclear how long it will be before Apple decides to expand its land ownership and data center square footage in Prineville. But to make sure the small city is ready to host sudden expansion — perhaps a data center or renewable energy generation source — city of Prineville officials are now considering the expansion of the city's urban growth boundary to incorporate a 96-acre lot directly to the east of Apple's 160-acre site. That move, along with a zone change, could help the city succeed in large-scale economic development, "particularly expansion of the Apple Data Center site," according to a city ordinance. 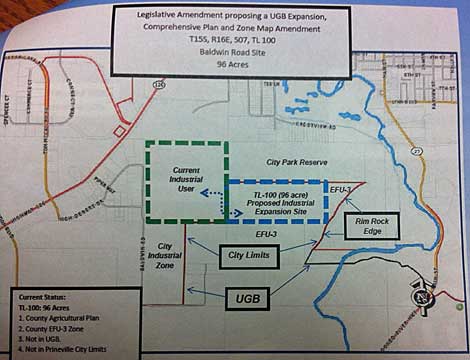 The city of Prineville is discussing the idea of expanding its urban growth boundary to include a 96-acre lot next to Apple's site. (Photo: Jordan Novet, courtesy of Crook County)