QTS Realty IPO May Raise Up to $422 Million

The QTS Realty IPO may raise as much as $422 million, and is currently scheduled for Oct. 9. The company expects to sell stock at a price between $27 and $30 per share. 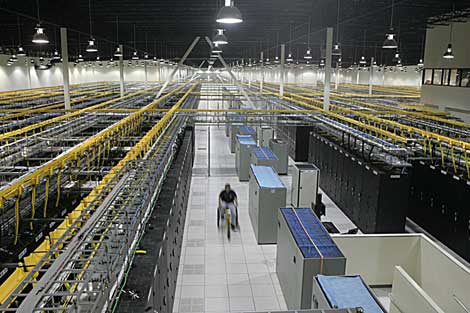 The QTS Realty data center in Suwanee, Georgia. The company expects to price its IPO between $27 and $30 per share. (Photo: QTS)

QTS Realty Trust hopes to raise as much as $422 million when it goes public through an IPO, which is currently scheduled for Oct. 9. In a regulatory filing this week, the data center operator said it expects to sell 12.25 million shares of common stock at a price between $27 and $30 per share. At the midpoint of the proposed range, QTS Realty Trust would have a market value of about $995 million. The company plans to convert to a real estate investment trust (REIT) and list on the NYSE under the symbol QTS.

The QTS Realty IPO is a key step in the company's ambitious growth strategy, which has focused on buying massive industrial facilities and adapting them for data center use. The company hopes to expand seven of its data centers across the county, investing up to $277 million to add more than 312,000 square feet of customer space in key markets over the next two years.

QTS operates 10 data centers in seven states offering 714,000 square feet of raised floor data center space and 390 megawatts of available utility power. The company reported revenue of $84.4 million in the first half of 2013, with net income of $7.1 million and funds from operation (FFO, a key benchmark for REITs) of $26.7 million. In 2012, the company had revenues of $157.6 million and FFO of $45.2 million.

The company is one of three in the hosting and data center sector that have filed plans for IPOs this year, along with Endurance International Group and IO.