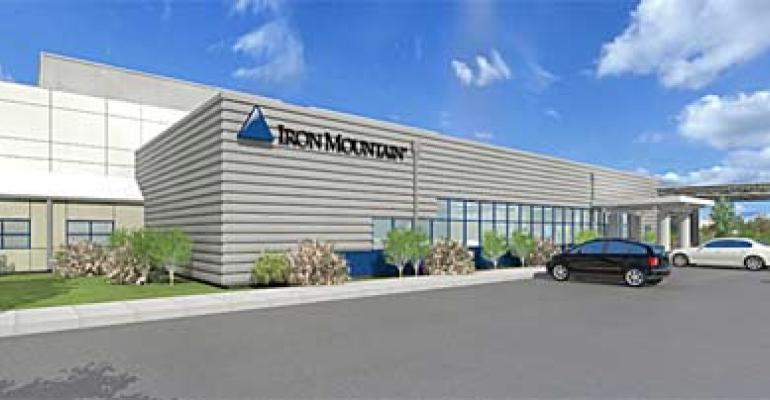 Iron Mountain will open a new data center in Northborough, Mass., a western suburb of Boston, in early 2014. Iron Mountain, which announced its entry into the data center business back in May, has hired Compass Datacenters to design and build the facility.

Iron Mountain (IRM) began leasing wholesale and retail colocation data center space in its massive underground facility in western Pennsylvania. With today's announcement, Iron Mountain is moving beyond its existing assets to build a brand new facility using the repeatable designs developed by Compass. The Tier III facility will be built on an existing campus of records storage centers the company maintains in Northborough, a central location for businesses in Massachusetts, Rhode Island, eastern Connecticut, southern New Hampshire and Maine. The facility will be built to achieve LEED Gold standards for sustainability.

Iron Mountain is based in Boston, and saw its home market as an ideal location for its first above-ground data center.

"Home to many highly-regulated organizations, the greater Boston area is underserved in terms of access to area data centers capable of meeting their unique needs," said Mark Kidd, senior vice president and general manager for data centers at Iron Mountain. "With security and compliance at the core of Iron Mountain’s operations, those highly-regulated industries like healthcare, biotech and financial services can now choose a better-suited option for their data center operations."

The project will be a joint construction effort, and Iron Mountain will own the property. The 30,000 square feet of planned data center space will be built out in phases, with the first data hall scheduled for completion in early 2014.

"Compass Datacenters’ innovative designs and construction methodology enables us to build natural disaster-resistant, dedicated data centers quickly and with great precision," said Chris Crosby, CEO of Compass Datacenters. "With more than 20 years of experience, our team can design and build Iron Mountain’s Boston Data Center so it can be fully operational within six months."

Kidd added that working with Compass "provides Iron Mountain with a capital efficient approach to developing a data center footprint."