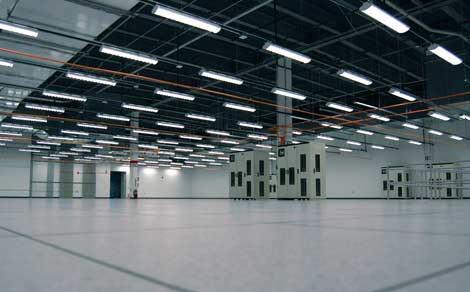 Interxion announced enterprise cloud solution company Digital Planet has launched its second Cloud Platform in Interxion's data center in Parkwest, Dublin. The first hub for Digital Planet, launched with Interxion in 2010 was expected to meet requirements until the second quarter of 2014, but faster than expected growth has led to this expansion earlier than had been expected. “We are delighted that Digital Planet has chosen to further expand its Cloud Hub presence at our Dublin campus," said Tanya Duncan, Managing Director of Interxion Ireland. "With enterprises migrating more and more of their workloads to centrally managed cloud computing platforms, the dependency on the underlying data centre, compute and network infrastructure increases. Interxion continues to enable Service Providers, such as Digital Planet, to deliver Enterprise based solutions to the Irish and UK markets, by providing reliable, scalable and well-connected data centre services. This expansion is a major vote of confidence in Interxion, which highlights our position as a best-in-class supplier of data centre services to the rapidly expanding Enterprise Cloud service provider segment.”

Interxion (INXN) announced that Deluxe Entertainment Services Group has deployed its cloud-based broadcast services platform, Deluxe LeapCloud, in Interxion’s London and Amsterdam data centers.  Deluxe LeapCloud leverages orchestration, asset management and content delivery tools, combined with a playout platform, all housed in geographically diverse Tier III data centers, to help broadcasters set up and manage new television channels. “When we did our research, Interxion came out head and shoulders above everyone else,” said Alec Stichbury, CTO at Deluxe LeapCloud. “Their award-winning, accredited data centers give us plenty of capacity to scale LeapCloud installations or expand to other European locations, and also support disaster recovery across multiple sites – traditionally considered an expensive luxury in the broadcast market. Plus, Interxion’s data centers are home to all the main fiber-based media contribution networks, a growing community of satellite service providers and over 450 carriers, providing our customers with the best possible options to acquire live broadcast streams and ingest media files. Supporting all of these capabilities, Interxion’s dedicated digital media team understands what we want to achieve and is ready and able to support that vision.”

Latisys announced a significant expansion to the hosting services agreement with Integrated Data Storage (IDS), a Data Center Technology Integrator and Cloud Services Provider based in Chicago. With a footprint in Latisys’ Chicago and Denver data centers IDS will leverage hosting services to underpin its rapidly expanding cloud solutions platform. “The Cloud has been the fastest growing part of our business and one of the most strategic decisions we had to make was choosing our Data Center partner,” said Justin Mescher, Chief Technology Officer at IDS. “Latisys is one of the few service providers that offer Enterprise-class hosting facilities, while still being nimble enough to support a rapidly-growing business like IDS. That agility is what makes Latisys the perfect partner for IDS, because like us they understand how critical it is to provide solutions that are tailored to customer requirements and flexible enough to change as requirements evolve.”

Savvis, a CenturyLink (CTL) company, announced plans to expand connectivity to Aquis Exchange, the proposed pan-European equities trading exchange and software developer, via Savvis Markets Infrastructure. Savvis Markets Infrastructure provides enhanced network and latency management tools, plus access to more than 200 exchange and liquidity venue feeds, to financial service organizations across the globe. "In the process of creating the Aquis Exchange infrastructure, we have tried to make the barriers to joining as low as possible for our potential members," said Alasdair Haynes, chief executive officer of Aquis Exchange. "By having a company with the scale and caliber of Savvis as an authorized extranet supplier, we hope to give users a superior and broad range of connectivity options. We are very pleased to be working with Savvis."