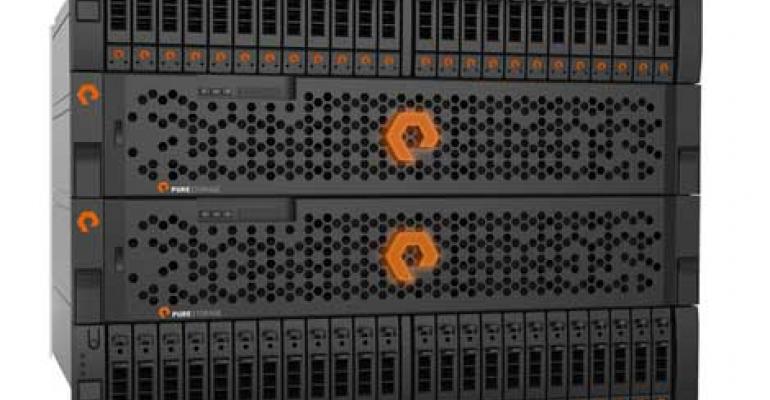 With a valuation over $1 billion all-flash enterprise storage company Pure Storage has received additional capital to continue its rapid growth, and pave the way for a potential future IPO - announcing that it has closed an oversubscribed $150 million Series E funding round with institutional investors. 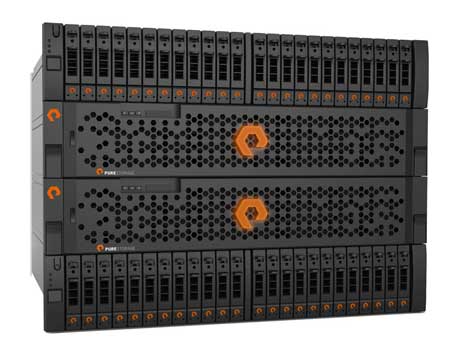 With a valuation over $1 billion all-flash enterprise storage company Pure Storage has received additional capital to continue its rapid growth, and pave the way for a potential future IPO - announcing that it has closed an oversubscribed $150 million Series E funding round with institutional investors.  Just a few days earlier flash storage provider Violin Memory filed for a $172.5 million IPO.

Led by T. Rowe Price, Tiger Global Management and other public market investors, with participation by its previous venture capital investors Greylock Partners, Index Ventures, Redpoint Ventures, Samsung Ventures and Sutter Hill Ventures, the new funding brings the company’s total capital raise to $245 million. will use the new funding to accelerate continued expansion of its European and Asia-based operations, grow its sales, support and marketing teams worldwide, and increase its investments in research and development.

"We are very selective in the private companies that we choose to invest in," said Henry Ellenbogen of T. Rowe Price Associates, Inc. "In our view, Pure represents a rare combination of disruptive innovation, strong leadership, and strong growth. In particular, customer references were excellent. We look forward to working with Pure as they scale and strive toward becoming a public company."

Pure Storage also announced  that former Data Domain CEO Frank Slootman has joined its board of directors. Slootman was one of the company’s earliest supporters and angel investors, which also include VMware’s cofounders: former CEO Diane Green and former CTO Mendel Rosenblum.

"Pure Storage is experiencing much of what we did at Data Domain," said Slootman. "They're replacing one storage media (disk) with another (flash). They pioneered the use of inline data reduction to remove the cost hurdle for the media upgrade, and, as a result of being the first to get this right they are growing about as fast as companies can grow organically. I am glad to be able to offer my own perspective in driving and managing growth to the top tier board of directors and leadership team at Pure."

The $1 billion valuation for Pure Storage is based on the size of its market and rapid growth. After launching in 2009 and releasing its flagship FlashArray in 2012, the company has achieved over 50-percent consecutive quarterly growth, surpassing previous industry growth benchmarks set by NetApp and Data Domain. The company has also responded to international demand, by establishing new bases of operations in more than 10 countries across three continents in 2013.

"In 2009, we set out to build the next great storage company," said Scott Dietzen, CEO at Pure Storage. "Today, we are taking our most significant step yet toward realizing that goal. This landmark financing reinforces our position as the frontrunner in leading the transition from mechanical disk to flash memory in the data center – perhaps this decade’s most significant IT disruption."