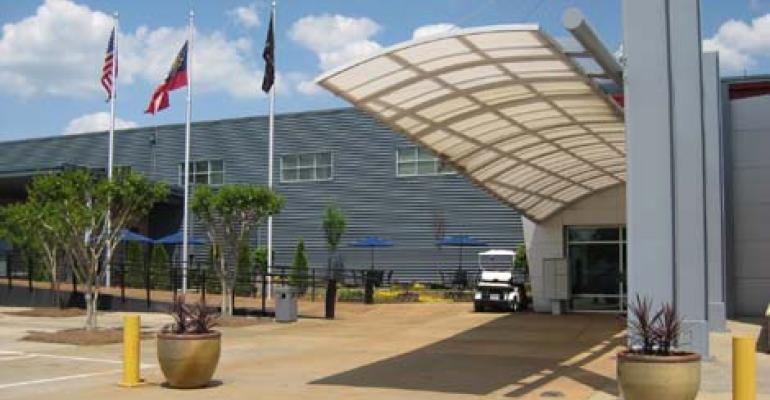 The exterior of the QTS Metro Atlanta data center.
Companies>QTS 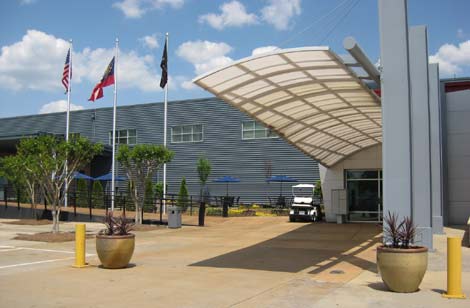 The QTS Atlanta Metro facility keeps getting bigger. The company recently completed and commissioned 70,000 square feet of raised floor in its Atlanta Metro facility, in support of the expansion of existing customers and data center demand in the Atlanta market.  The construction project took five months.

"This build is an example of our 'just-in-time' build methodology," said Jim Reinhard, COO development and operations at QTS. "The scale of our mega data center facilities allows us to build out space in a controlled, well-planned way to meet customers’ schedules."

The construction also resulted in the addition of 5.4 megawatts of UPS power. QTS is the leading provider in the Atlanta market, and this isn’t just platitudes. The 970,000 square-foot QTS Atlanta Metro Data Center is among the largest data centers in the world. The Metro facility now supports more than 200 customers and has 120 megawatts of utility power.  QTS’ two largest properties in terms of annualized rent, Atlanta Metro and Suwanee, collectively accounted for approximately 64 percent of its annualized rent as of June 30, 2013.

In its SEC filing, the company said it plans to expand seven of its data centers across the county, investing up to $277 million to add more than 312,000 square feet of customer space in key markets over the next two years. The majority of that growth is projected for Dallas ($88 million investment), Richmond ($78 million) and Atlanta Metro ($54 million) , but QTS also plans to add more space at existing sites in Jersey City, Sacramento, Santa Clara and Suwanee, Georgia.

QTS is part of the Quality Group of Companies, founded in 1962 by James Williams and is now headed by his son, Chad Williams. In 2009, it announced a $150 million investment from private equity firm General Atlantic. Earlier this year the company boosted its credit line to $575 million, and acquired a massive facility in Dallas as well as the former Herakles data center in Sacramento.