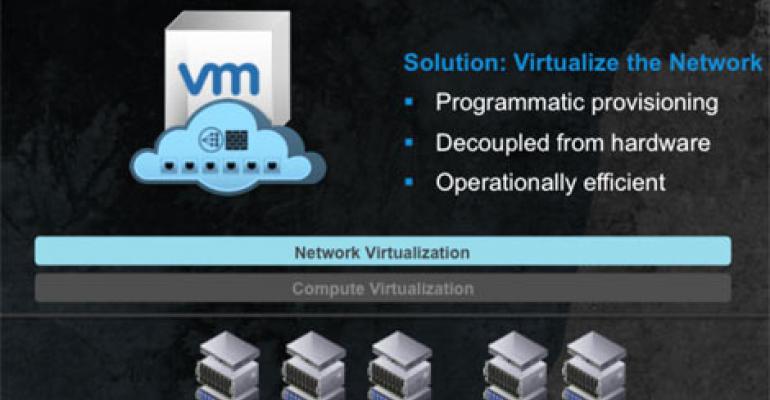 VMware's new NSX network virtualization platform has hit the ground running, with a a lot of partners announcing support for the new operational model. 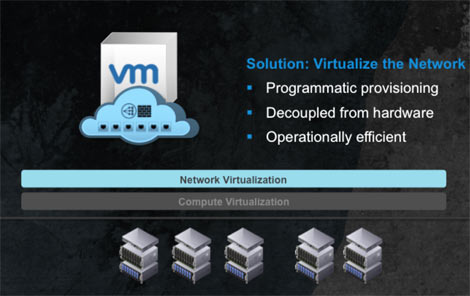 VMware's new NSX network virtualization platform has hit the ground running, with a a lot of partners announcing support for the new operational model.  VMware touts its list of NSX partners in a blog post, saying that VMware NSX was architected in a way to ensure that the services offered on NSX virtual networks deliver next-generation functionality, and are also as co-existent, transparent, and effective as those deployed on physical networks. As an extensible platform, it leverages a distributed service framework for easy insertion of partner services. A standard NXS API exposes platform capabilities to partners and allows them to consume the network through a single API.

“With VMware NSX integration, we are helping to drive the networking industry forward with flexible, affordable solutions that adapt to our customer needs," said JR Rivers, co-founder and CEO of Cumulus Networks. "Building on the incredible response we've had with Cumulus Linux, we are excited to bring this latest iteration to our customers and provide them with even faster, simpler, and more cost effective networking.”

Juniper Networks (JNPR) announced that it has expanded its partnership with VMware to deliver a broad range of solutions for unifying virtual and physical networks within a virtualized data center environment. Aimed at making management of workflows across virtualized and non-virtualized systems easier, new solutions include VMware NSX L2 Gateway integration and VXLAN routing capabilities across access, aggregation, core and edge tiers of the data center network. VMware NSX L2 Gateway Services will be offered on Juniper EX Series and QFX Series core, aggregation and access switching platforms, and MX Series edge routers.

"Network virtualization is rapidly transforming virtual data centers today, and as enterprises seek to simplify IT by accelerating their use of private and hybrid cloud environments, physical and virtual networks must be viewed and managed as a single unified infrastructure. Juniper Networks offers a broad level of VMware NSX integration across its routing and switching platforms, which not only provides enterprise customers with unprecedented levels of IT flexibility, but also allows them to fully maximize their data center investments," said Hatem Naguib, vice president, Cloud Networking and Security, VMware.