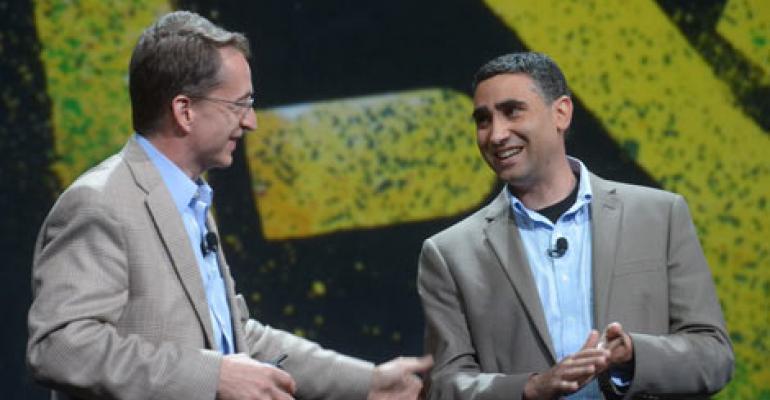 VMware unveiled its next generation architecture for further enabling the software-defined data center, including new innovations in network virtualization, VirtualSAN, vCloud, and vSphere with Operations Management 5.5, at its annual event, VMWorld. 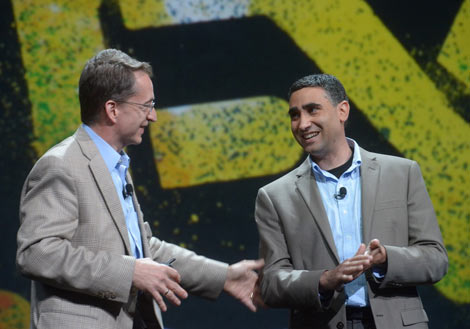 Celebrating its 10th annual event this year, VMworld took over San Francisco Monday, as VMware unveiled its next-generation architecture for further enabling the software-defined data center. With attendance over 22,000 at the event, VMware took the opportunity to make multiple introductions -- including new innovations in network virtualization, VirtualSAN, vCloud, and vSphere with Operations Management 5.5.  The event conversation can be followed on Twitter hashtag #VMworld.

A year after introducing its software-defined data center framework, VMware announced a wave of new products and services designed to take advantage of the value of advanced virtualization in areas such as networking and security, storage and availability, and management and automation. A recent survey conducted by the company found that of businesses able to take full advantage of a complete software-defined data center architecture, 85 percent were able to generate new revenue as high as 22 percent for their businesses.

"With today's news, VMware is further empowering IT to help organizations become more agile, responsive and profitable," said Raghu Raghuram, executive vice president, Cloud Infrastructure and Management, VMware. "New products such as VMware nsx and VMware Virtual SAN will fundamentally redefine the hypervisor and its role in the data center. Along with the recently introduced VMware vCenter Log Insight, these products represent the next wave of innovation at VMware. We continue to evolve the software-defined data center architecture to address IT's critical needs - enabling them to build infrastructure that is radically simpler and more efficient while delivering the agility and flexibility to support the velocity of their businesses."

VMware launched VMware NSX, a network virtualization platform that will deliver the entire networking and security model in software, decoupled from networking hardware. Its approach to this new operational model for networking enables data center operators to treat their physical network as a pool of transport capacity that can be consumed and repurposed on-demand.

One unified platform marries the Nicira NVP and VMware vCloud Network and Security to create an entire networking and security model (layer 2-7) in software. This architecture enables NSX to handle as much as 1 TB per second of network traffic per cluster of 32 hosts.  In addition, the VMware NSX virtual networks support existing applications, unchanged, on any physical network infrastructure.

VMware NSX technology partners are organized into service categories that follow the network virtualization lifecycle. More than 20 partners showed support for VMware NSX at VMworld 2013. VMware NSX will be available in the fourth quarter of 2013.

VMware rolled out Virtual SAN, an innovative technology that extends vSphere to pool compute and direct-attached storage. It will deliver a virtual data plane that clusters server disks and flash to create high-performance, resilient shared storage designed for virtual machines. Built on a distributed architecture, Virtual SAN will allow storage services to scale out linearly with the needs of the application. VMware has redefined the role of the hypervisor to deliver virtualized compute and storage services in an elastic, flexible fashion. The distributed architecture enables VMware Virtual SAN to deliver I/O performance comparable to mid-range storage arrays while leveraging the economics of direct-attached storage.

VMware's new vSphere with Operations Management combines vSphere virtualization platform with insight to workload capacity and health. VMware vSphere with Operations Management will enable customers to optimize their environment through integrated capacity planning while proactively monitoring and maintaining overall performance of their environment.