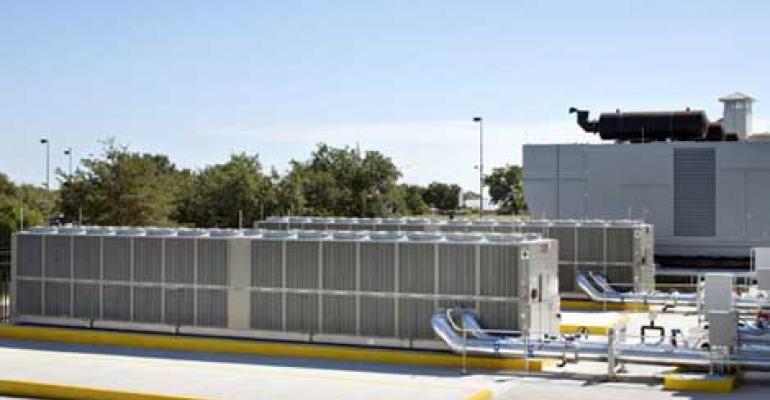 Data center service provider CyrusOne (CONE) has purchased land to expand its data center campus in San Antonio after leasing all of the remaining space in its existing facility to a single customer. The five-year lease was for 5 megawatts of power, representing 19,500 square feet of space. 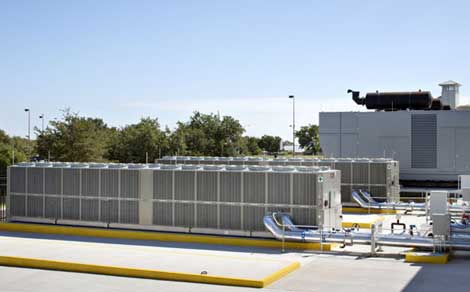 A look at the cooling units and emergency backup generators in the equipment yard of the CyrusOne data center in San Antonio, Texas. The company leased all the remaining space in the facility. (Photo: CyrusOne)

Data center service provider CyrusOne has purchased land to expand its data center campus in San Antonio after leasing all of the remaining space in its existing facility to a single customer. The five-year lease was for 5 megawatts of power, representing 19,500 square feet of space, and includes all of the final data hall in the San Antonio facility, which will come online later in this quarter. The same customer, identified only as a Fortune 50 customer, also leased space in CyrusOne's facilities in Phoenix and Houston, and will use the company's new interconnection services.

"Once construction is completed, we will have sold out the (San Antonio) facility in 15 months, exceeding our initial expectation," said Gary Wojtaszek, President and CEO of CyrusOne.

“As we anticipated, demand for colocation space in our existing San Antonio data center has been strong, and we’re excited to get started on the new facility,” said Kevin Timmons, chief technology officer for CyrusOne. “We anticipate breaking ground in the fourth quarter of 2013 and plan to use our innovative Massively Modular facility engineering approach to achieve construction and asset utilization efficiencies and enable a speedy commissioning of the site.”

The new data center will be near CyrusOne's existing facility in Westover Hills, a western suburb of San Antonio that is also home to a major data center for Microsoft.

“We’re taking a uniquely sustainable and innovative approach to the design of this facility, which will blend it seamlessly into the native landscape,” explained Timmons. “The building will be layered with the terrain to allow at-grade access to each level of the building. The master plan is highly flexible with best-in-class redundancy, security, and scalability.”

The lease and land purchase were disclosed as part of CyrusOne's quarterly earnings announcement. CyrusOne reported revenue of $63 million, which is up 18 percent from the same period in 2012. The company added 31 new customers as it leased 37,000 square feet of data center space in the quarter, nearly double the 19,000 square feet from the year-ago period. That figure doesn't include the 19,000 square foot San Antonio lease, which was signed in July and will be included in third quarter results.

A highlight of the quarter was the early performance of the CyrusOne National Internet Exchange (IX), the company's interconnection service, which was a component of 68 percent of the leases in the most recent quarter, boosting those customers' average monthly billings by 23 percent.

CyrusOne took 18 months to develop and deploy the new product, which Wojtaszek sees as a differentiator.

"I think it is important to point out that our strategy towards developing and deploying our IX product is completely different than what other companies are doing," he said. "We look at the IX product as a way to create the data center platform that virtually connects all of our data centers together. CyrusOne’s solution provided customers with a high-quality enterprise data center and which is now complemented by high quality enterprise connectivity solution for a price an enterprise company simply cannot achieve on their own.

"This is a very different strategy than what other companies have been discussing, which is predominantly focused on developing an ecosystem of single-point, cross-connect solutions in a particular building," said Wojtaszek. "Our solution provides a holistic means for enterprise companies to architect and replicate their existing data center platform, which generally is deployed in three or more facilities." 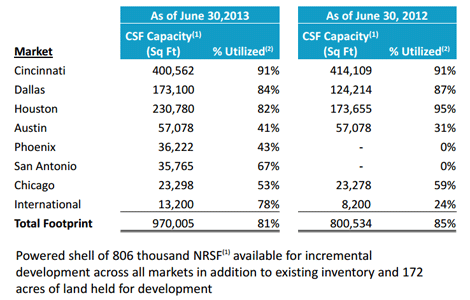