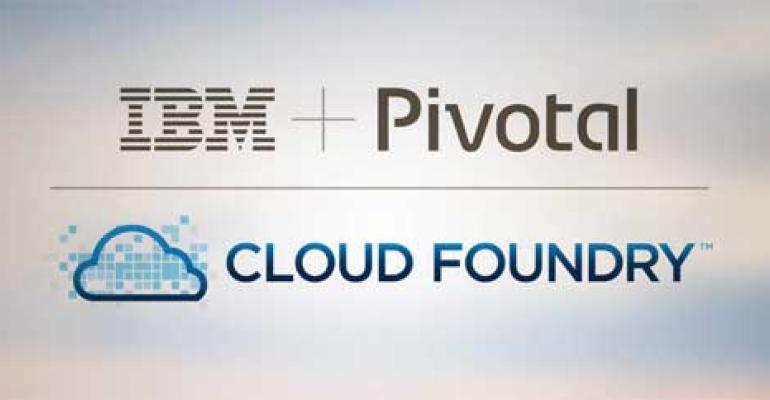 Continuing to sharpen its focus on enterprise cloud computing, IBM is joining forces with Pivotal to support CloudFoundry, the versatile platform as a service (PaaS) framework that allows developers to build applications that can run on multiple clouds. 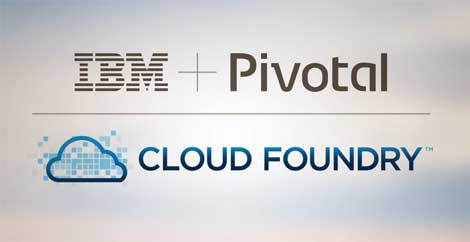 Continuing to sharpen its focus on enterprise cloud computing, IBM is joining forces with Pivotal to support CloudFoundry, the versatile platform as a service (PaaS) framework that allows developers to build applications that can run on multiple clouds. IBM said today that it will make CloudFoundry a component of its open cloud architecture and work with Pivotal on further development of the CloudFoundry open source project and establishing an open governance model for the community.

CloudFoundry is open source software developed by VMware and now part of the Pivotal Initiative, an independent entity funded by VMware and EMC. The framework allows developers to create apps that can run on Amazon Web Services, OpenStack clouds or VMware's vCloud and vSphere environments.

“Cloud Foundry's potential to transform business is vast, and steps like the one taken today help open the ecosystem up for greater client innovation”, said Daniel Sabbah, general manager of Next Generation Platforms, IBM. “IBM will incorporate Cloud Foundry into its open cloud architecture, and put its full support behind Cloud Foundry as an open and collaborative platform for cloud application development, as it has done historically for key technologies such as Linux and OpenStack.”

“We believe that the Cloud Foundry platform has the potential to become an extraordinary asset that many players can leverage in an open way to enable a new generation of applications for the cloud,” said Paul Maritz, CEO of Pivotal. “IBM’s considerable investment in Cloud Foundry is already producing great results with application-centric cloud offerings such as making IBM WebSphere Liberty available on Cloud Foundry. We look forward to growing and expanding an open Cloud Foundry community together with IBM.”

Here's a look at early analysis and commentary from around the web:

The Register - "The partnership follows IBM executives saying in March that they were going to put OpenStack at the heart of future SmartCloud technology, and the company's buy of SoftLayer for a rumored $2bn and its blessing of the MongoDB query language within DB2 in June. These three moves represent changes within the company as it turns away from developing a monolithic cloud software stack, and instead puts its technical efforts into community technologies and its dosh into a well-regarded infrastructure underlay."

Wall Street Journal - "Offerings like Cloud Foundry, and competitors such as Salesforce.com's Heroku and OpenShift backed by software firm Red Hat, are jockeying to win over developers working on cloud apps and other technologies for corporations. Amazon and Google have a big head start on developer loyalty. But many companies are just getting started in the cloud, giving newer entrants like Pivotal the confidence they can win over developers."

TechCrunch - "The fuller picture for the partnership is in the community focus. IBM is a governance shop. A core value to customers is providing technology to large companies that have to pay close attention to compliance issues. As part of the partnership, the companies are advocating for an “open governance” model for application development in the cloud. For Pivotal, it’s an opportunity to make a play as the dominant PaaS provider."