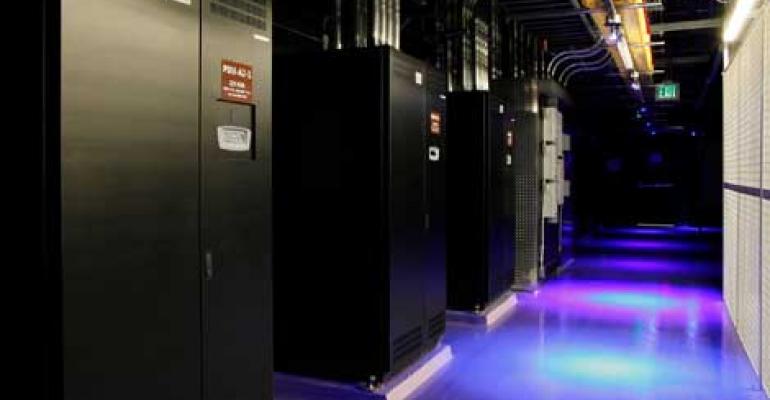 Equinix Testing Fuel Cell for Use in Fire Suppression

In Frankfurt, Equinix is testing a fuel cell that will generate energy but also provide fire suppression by managing the oxygen level in a server room, leaving enough oxygen for staff to breathe comfortably but not enough oxygen to support a fire. 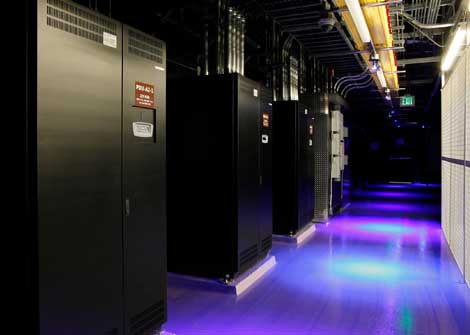 Some of the power infrastructure at an Equinix data center. The company has installed a fuel cell in its facility in Frankfurt, Germany. (Photo: Equinix)

Equinix has become the latest provider to test drive the use of fuel cells, installing a 100-kilowatt system to generate energy for its FR4 data center in Frankfurt, Germany, the company said. In a new wrinkle, the demonstration system is designed to also provide fire suppression by managing the oxygen level in the room, leaving enough oxygen for staff to breathe comfortably but not enough oxygen to support a fire.

Equinix says the demonstration project is the first data center implementation of a system from n2telligence that use the nitrogen-rich output from the chemical reaction inside a fuel cell to manage the surrounding data center environment. The N2telligence system monitors the room to maintain oxygen content at the proper level, and can adjust the settings on the fuel cell to adjust for any changes.

Most data centers use fire suppression systems featuring either water or gas. Water-based systems typically use a "pre-action" approach in which the pipes above the data hall are empty until an initial alarm is received, at which point they fill with water and would be triggered by a second confirmation alarm. Gas systems now use primarily "clean agents" using hydrofluorocarbons (HFC), which lack the ozone-depleting characteristics of chlorofluorocarbons (CFCs) such as halon, which was once widely used in data centers.

N2telligence will work with Equinix to monitor the fuel cell's performance and efficiency, as well as the environment in the fire suppression test area. The Frankfurt system is a Quattro-generation hydrogen fuel cell which is expected to produce approximately 800,000 kilowatt hours of electricity annually.

N2telligence is based in Wismar, Germany and specializes in fire protection systems for sustainable energy management.

"This project is first used worldwide use of fuel cell technology in the combination of power, heat, refrigeration and fire protection in a data center," Lars Frahm, founder and CEO, N2telligence. "This high level of integration results in an efficiency of the fuel cell system, the conventional technologies can not achieve., It shows us that the fuel cell to many years of development work has arrived in the market. We are delighted to have won Equinix as the pioneer of this technology."

N2intelligence isn't the only company focused on the use of low-oxygen environments in data center fire suppression. Prevenex also offers a "hypoxic suppression" system that extracts room air oxygen to reduce levels to 16 percent, which remains safe for people but makes fire impossible. The company says this environment is similar to being at an altitude of 7,000 feet or so, roughly the altitude near Denver, Colorado.