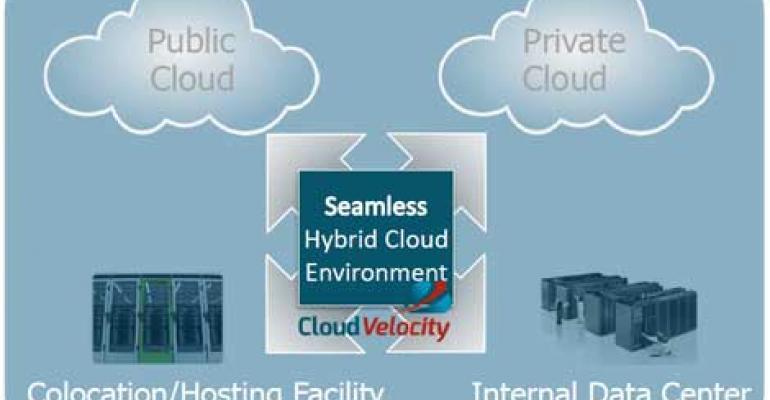 CloudVelocity has raised $13 million to further its tools to provide seamless migration of enterprise applications between data centers and cloud platforms, and has released its One Hybrid Cloud software to move workloads to Amazon Web Services. 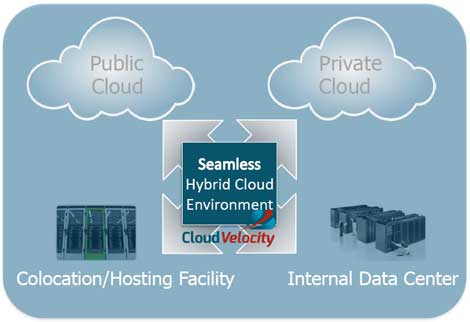 CloudVelocity today released its One Hybrid Cloud software for migrating applications to Amazon Web Services. The company seeks to provide seamless movement of apps between cloud platforms and data centers, as shown in this diagram. (Image: CloudVelocity)

Cloud startup CloudVelocity has raised $13 million to further its tools to provide seamless migration of enterprise applications between data centers and cloud platforms, and has released its One Hybrid Cloud software to move workloads to Amazon Web Services, the company said today.

The Series B funding was led by Third Point Ventures, while Pelion Venture Partners and previous investor Mayfield Fund also participated. The $13 million round brings the total raised by CloudVelocity to $18 million. The Santa Clara, Calif. company plans to use the funding to further accelerate its roadmap and growth.

"We believe that enterprises are highly motivated to leverage cloud economics and features but have been slowed by persistent obstacles," said Robert Schwartz, Managing Partner at Third Point Ventures and a member of CloudVelocity’s board. "We spoke with numerous CloudVelocity customers, target customers, partners and other industry participants as a part of our lengthy due diligence process. The comment we heard consistently was that CloudVelocity was introducing a much needed, massively disruptive yet simple to deploy solution that would accelerate enterprise cloud adoption. That is why we’re excited to partner with CloudVelocity.”

CloudVelocity says more than 100 enterprise trials have conducted trials since the company emerged from stealth in December 2012. Today it announced the general availability of One Hybrid Cloud for AWS. Other platforms will be added, but CloudVelocity led with AWS due to Amazon's leadership in the public cloud computing market.

One Hybrid Cloud can "clone" existing cloud applications, making it easier to replicate a deployment in a new cloud environment or create a failover solution that keeps an app online when your public cloud crashes. CloudVelocity detects an existing environment, discovering the constituent hosts and blueprinting system components and configuration. It can then provision cloud resources, replicating and synchronizing the entire app stack (including operating system, kernel, app software stack, and app data) in the cloud site. The company says this process differentiates its offering from image or template-based tools.

CloudVelocity was founded by a team of experts in distributed systems, storage, virtualization and networking in 2010 and emerged out of stealth mode in December 2012.