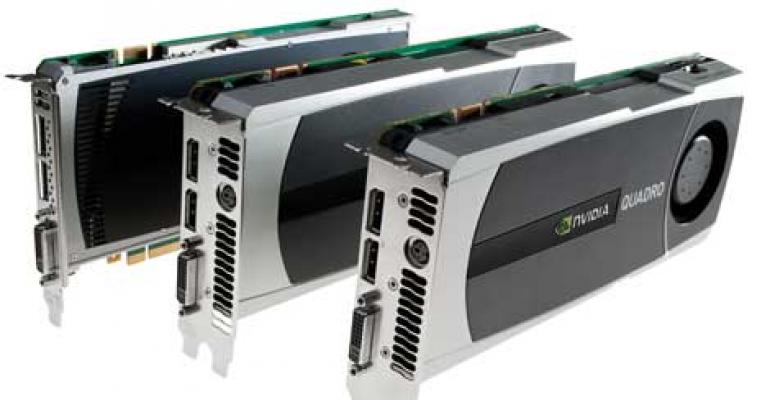 SGI and DoD launch the #14 supercomputer, NVIDIA uses its GPUs to build an artificial neural network, Cray launches a x86 storage solution, and Intel, Mellanox and Xyratex all tout their impact on the Top500 supercomputers.

After Monday's big announcement of Tianhe-2 becoming the world's most powerful supercomputer, the buzz continues at the International Supercomputing Conference in Leipzig, Germany. NVIDIA uses its GPUs to build an artificial neural network, Cray launches a x86 storage solution, and Intel, Mellanox and Xyratex all tout their impact on the Top500 supercomputers.

"Our customers are already flocking to the fastest system in the Department of Defense, finding that their applications are performing significantly better on the new system," stated Jeff Graham, the director of the AFRL DSRC. "SGI has delivered a system that is exceeding their standard benchmark performance on DoD applications by an average of over 27%, which translates into higher productivity for scientists and engineers across the DoD."

NVIDIA (NVDA) announced that it has collaborated with a research team at Stanford University to create the world's largest artificial neural network built to model how the human brain learns. Google had previously developed a 16,000 CPU core large-scale neural network, and NVIDIA hopes to build one 6.5 times bigger. A team led by Stanford's Andrew Ng, director of the university's Artificial Intelligence Lab, created an large network with only three servers using NVIDIA GPUs to accelerate the processing of the big data generated by the network. With 16 NVIDIA GPU-accelerated servers, the team then created an 11.2 billion-parameter neural network.

"Cray has a long, rich history in the HPC storage space, and we have built some of the largest and fastest Lustre file systems in the world," said Barry Bolding, Cray's vice president of storage and data management. "With Cray Cluster Connect, we are applying our Lustre expertise and innovation, and taking all that we have learned, developed and invested in parallel storage solutions to an expanded customer base. We can now deliver end-to-end, Lustre storage solutions for customers' existing x86 Linux environments. With the launch of Cray Cluster Connect, our storage and data management solutions are no longer limited to Cray supercomputer customers."