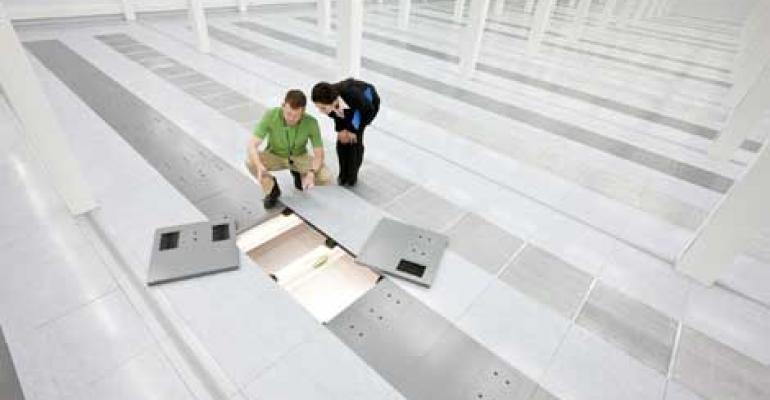 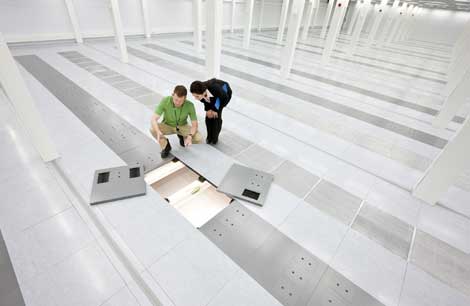 A look at one of the modular data halls at the Verne Global data center in ICelan.d Datapipe is expanding its presence at Verne with a new HPC cloud installation. (Photo: Colt)

Datapipe is an existing tenant, but its expansion is a reflection of increased data center activity in Iceland. Low cost, renewable energy, improved connectivity, and a location between North America and Europe add up to an enticing proposition.

"We have an enterprise customer base that demanded it," said Ed  Laczynski Senior Vice President of Cloud Strategy. "Iceland is a great in-between point with our U.S. and UK infrastructure, it’s great for disaster recovery."

Datapipe has chosen Verne Global to launch some unique capabilities for its cloud platform, namely guaranteed IOPS and performance for storage. The company will roll out these features globally, but is featuring it first in Iceland.

Datapipe clients have immediate access to the new Iceland node. It’s available through the same portal as its other locations in Silicon Valley, the New York Metro area, Ashburn Virginia, London, Hong Kong, and Shanghai.

“Power availability and costs are becoming two of the leading constraints for HPC clouds and clusters,” said Jeff Monroe, CEO of Verne Global. “Together, Verne Global and Datapipe are meeting these challenges with the first truly green HPC Cloud for the European and North American markets.”

The Statosphere HPC cloud platform is a high performance solution targeted at Big Data wokloads. Typical verticals that the company attracts are manufacturing, financial service, and research and development. The platform is API driven and utilizes all SSD storage with guaranteed IOPS (input/output per second) . Stratosphere can be configured with public or private resources, with up to 32 physical core equivalents per instance, a half terabyte (TB) of RAM, and tens of thousands of IOPS per volume, all residing on a 10GE network. It’s known as the most widely deployed Apache CloudStack environment on the market.

Datapipe has been committed to using as much renewable energy as it can, and is finding that customers are increasingly asking for it as well. "As we grow new solutions, we’re seeing more and more green qualifications as a requirement to do business," said Laczynski. "The kind of customers we’re talking about really do care about this; these are multinational corporations looking for sustainable solutions."

All of Datapipe’s data centers in the U.S. are powered by renewable energy as well, as part of the company’s commitment to the environment. Recognized as a Green Power Partner by the U.S. Environmental Protection Agency (EPA) since 2010, Datapipe achieved EPA Leadership Club status in 2011 and is currently ranked #9 on the EPA Green Power Partner Top Tech & Telecom list.