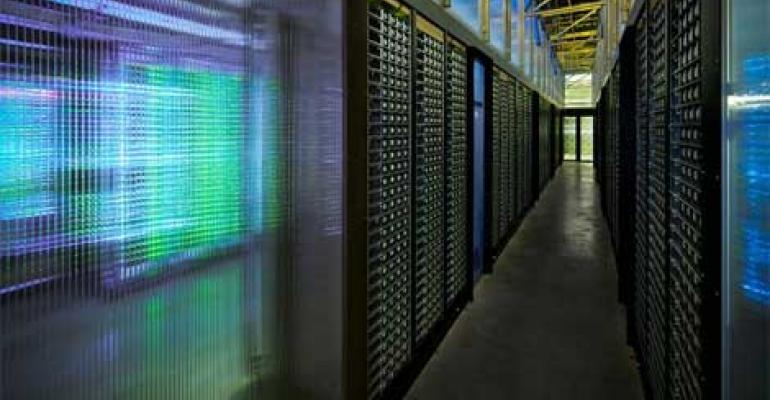 Rows of servers inside the new Facebook data center in Prineville, Oregon.
Companies>Facebook 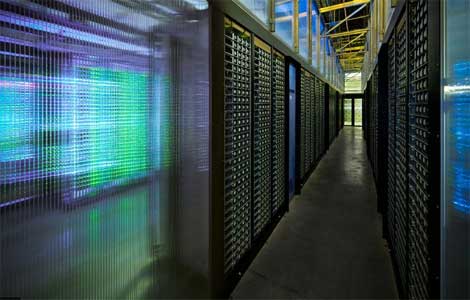 As it continues to build massive server farms in Oregon, Facebook no longer needs all of the data center space it operates in Silicon Valley, and is looking for tenants to sub-lease portions of its third-party data center space in the Santa Clara market.

"We are shopping some of our West Coast capacity for sublease," said Facebook spokesman Michael Kirkland. "It's one of the options we're examining. We've had conversations with the owners of these (data center) buildings and made it clear that this is something we’re considering."

The sub-leasing initiative will help Facebook manage a complex transition as it shifts its West Coast infrastructure from leased space in Silicon Valley to company-built data centers in Prineville, Oregon. Facebook has invested hundreds of millions of dollars in its ultra-efficient facilities in Oregon, which can slash the energy bill for its vast armada of servers.

But this transition is a delicate business, as Facebook is one of the largest players in the wholesale data center industry, and its leases represent tens of millions of dollars of revenue for its landlords. Facebook is committed to multi-year lease obligations with at least four data center operators in Silicon Valley, most of which expire between 2015 and 2018.

The wholesale solution proved ideal for Facebook as it grew rapidly, allowing the company to build a substantial data center footprint in both Silicon Valley and northern Virginia. In the wholesale data center model, a tenant leases fully-built "plug-n-play" data center space. They pay a significant premium over typical leases for office space, but are spared the need to invest large amounts of capital in data center construction.

In 2009 Facebook concluded that its data center economics favored a shift to building its own data centers. That raised questions about the "Facebook effect," which boosted the fortunes of wholesale providers during the company's rapid growth phase. Would the company's shift to in-house facilities become a problem for data center developers?

When it first discussed the issue with DCK back in 2011, Facebook said it would gradually shift its server capacity from leased data centers to company-owned facilities, migrating out of third-party facilities as its leases expire. The company intends to honor its leases, but is finding that its need for space in Silicon Valley is receding more quickly than anticipated.

So Facebook is seeking to defray some of its costs by sub-leasing space to other companies.

"We've been pretty open with the industry about our plans," said Kirkland. "We've reached a point as a company where the most efficient approach is to build our own data centers."

Data center providers have dealt with similar transitions as Google, Microsoft and Yahoo shifted from leased space to company-built infrastructure. Facebook’s space is spread across multiple providers, avoiding a scenario in which any single provider will be left with a major overhang of space to fill.