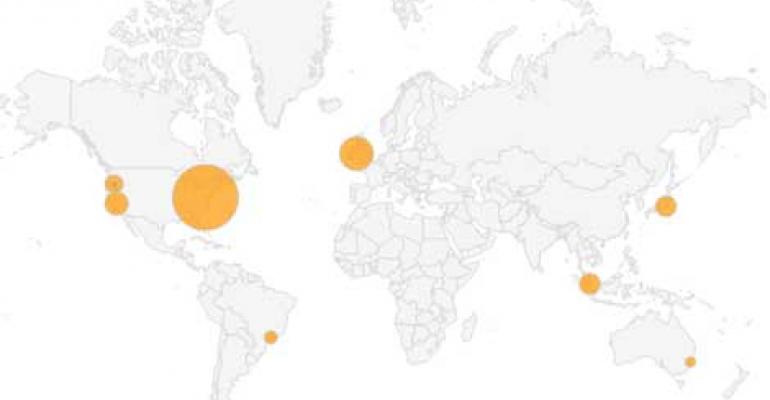 UK research firm Netcraft has issued an overview of Amazon's infrastructure in which it finds 158,000 web-facing servers. 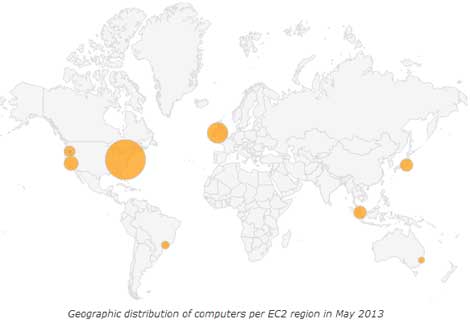 Just how many servers does Amazon use for its cloud computing operation? Previous estimates have speculated that Amazon Web Services used as many as 450,000 servers to power its cloud infrastructure. Now the UK research firm Netcraft has issued an overview of Amazon's infrastructure in which it pegs that number as being closer to 158,000 servers.

Amazon doesn't provide much public information about the scope of its cloud  infrastructure, which has led to outside attempts to estimate its scope. In September, Netcraft reported that Amazon Web Services had become the largest hosting company in the world based on the number of web-facing computers. In the last eight months, the company’s tally of web-facing computers has grown by more than a third, reaching 158,000. Netcraft tracks more than 200 million sites in its Internet census, which it has been conducting on a monthly business since mid-1995.

There are several reasons for the discrepancies between some of the estimates. Netcraft's Hosting Provider Server Count only measures web-facing computers, so these numbers don’t represent the sum total of Amazon's operations. Many customers use EC2 for batch data-processing, which doesn’t show up for the most part.

The numbers also don’t reveal much about GovCloud. The AWS region launched specifically for secure, government infrastructure isn’t likely to have web-facing servers, with Netcraft counting only 27. Netcraft can’t count private use of S3, the cloud storage service, which also factors into a true count. However, the numbers do reveal a massive operation and provide insight into AWS operations.

The two largest EC2 regions are US East (Northern Virginia) and EU West (Ireland), which account for more than three quarters of all EC2 usage as measured by Netcraft. Newest AWS region Sydney accounts for under 1% despite tripling in size in the past four months. The big users of EC2 are Netflix, Instagram (a photo sharing program used by Hipsters that Facebook bought for a sick amount of money) and the search engine DuckDuckGo.

Netcraft is able to survey websites using S3 publicly, and it is seeing continued growth for the cloud storage service. Domains were counted at 48,636, with four-month growth of 16.4 percent. Hostnames were at 138,588, which is growth of 11.4 percent over four months. Netcraft breaks down how S3 is being used in a more granular fashion in the report.

The report also provides growth numbers for PaaS provider Heroku (owned by Salesforce.com), this being made possible thanks to its heavy use of AWS. Heroku announced availability in Ireland  in April, so you can see the growth there as well (albeit it remains small, with only 56 IP addresses in Ireland vs 4,915 in its major US East deployment).

The actual size of Amazon's cloud business, both in terms of infrastructure and revenue, is open to speculation. In terms of revenue, AWS is still lumped into the “Other” category when the company breaks out numbers. That “other” category has grown to represent almost 5% of total revenue, up from 3.2% at this point in 2011. These seem like small percentages, but the company’s primary business is e-commerce, and that’s 5% of a very big number.

The full report from Netcraft can be found at Amazon Web Services’ growth unrelenting.