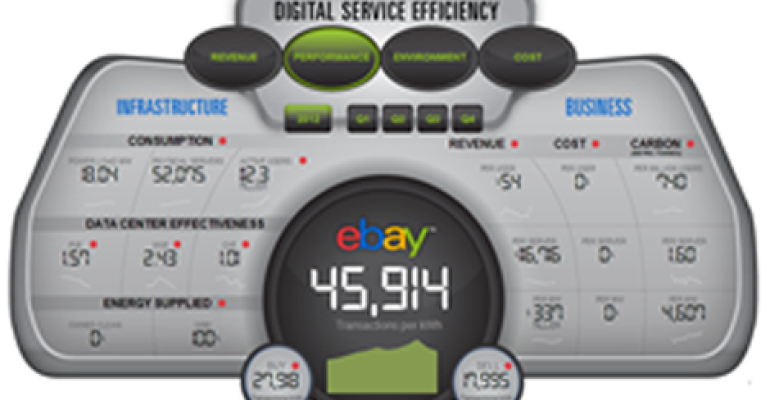 eBay introduced its Digital Service Efficiency (DSE) dashboard last quarter, a "miles-per-gallon" type look into data center infrastructure efficiency. Now that a quarter has passed, how did the company do in terms of its goals? 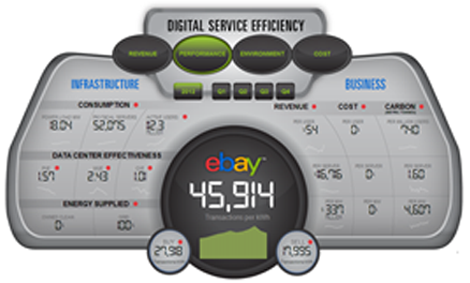 With its Digital Service Efficiency (DSE) tool, eBay revealed just how truly efficient its infrastructure is across a variety of metrics. The company has now hit its first full quarter of public data that measures how the company performed against its own goals.

Among Q1 highlights, the company raised the number of transactions per kilowatt-hour and it exceeded its cost per transaction goal. Despite increasing its number of servers powering eBay.com, there was an increase of only 16 percent (2.69 MW) in power consumption, which the company contributes to the efficiency of new servers.

There were also improvements across performance, cost, and environmental impact. In terms of environmental impact, a big boost came from the company’s Salt Lake City data center’s solar array, increasing the company’s clean energy use. While the solar array is small, it increased owned clean energy powering eBay.com by 0.17 percent, and there’s a fuel cell installation expected to come online this summer.

The company’s goals were:

•  Reduce carbon per transaction by 10 percent carbon per transaction showed a net decrease of 7 percent; this was the only metric the company didn’t blow past. There’s its Utah Bloom fuel cell installation that will go live this summer, which will decrease and contribute significantly to the 10% carbon reduction goal set for the year. The company is confident it will remain on track to hitting this goal, recognizing that infrastructure is dynamic and changes.

Some of these positive trends were driven by newer, smarter features on the site including feed technology rolled out last fall. The feed technology attempts to personalize the shopping experience by showing auctions that might be of interest based on a user’s history.

The company said it was making $337 million per megawatt last time around, but this metric has been fine tuned to measure Revenue per megawatt hour now to represent total consumption per quarter and year rather than quarterly averages.

DSE provides a vivid example of the productivity of data center infrastructure, which typically has construction costs of $5 million to $10 million per megawatt for large users like eBay. All the information is publicly available at dse.ebay.com