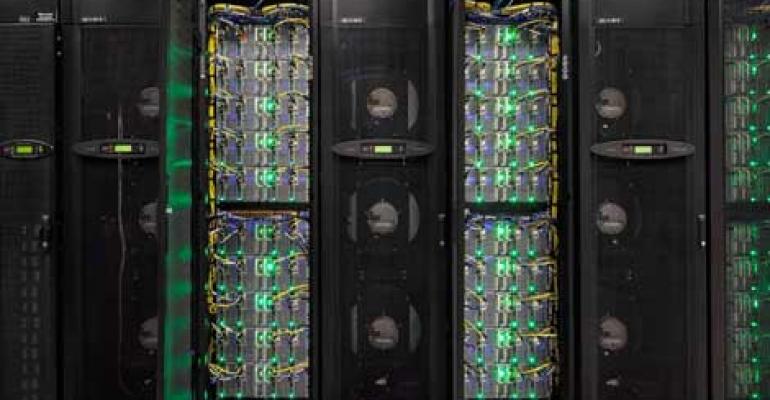 The Stampede supercomputer is one of the systems at the Texas Advanced Computing Center in Austin. (Photo: TACC)
Design>Hardware

TACC Gets 100 Gigabit Connection for Supercomputers

The Texas Advanced Computing Center (TACC), home to the Stampede supercomputer, is preparing to accelerate its Internet2 connectivity to 100 Gbps this summer, and NASA Ames selects a SGI system to support research. 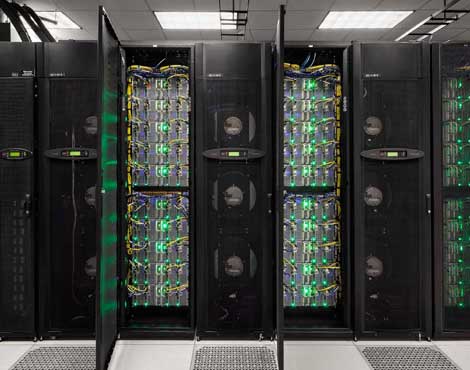 The Stampede supercomputer, pictured above, is one of the systems at the Texas Advanced Computing Center in Austin, which will benefit from a new 100 Gigabit connection to Internet2. (Photo: TACC)

The Texas Advanced Computing Center (TACC), home to the Stampede supercomputer, is preparing to accelerate its Internet2 connectivity to 100 Gbps this summer, and NASA Ames selects a SGI system to support research.

TACC at the University of Texas at Austin announced that it will be upgrading from 10 gigabits per second (Gbps) to 100 Gbps in Internet connectivity with the help of Internet2.  The upgrade will empower scientists to reach TACC using Internet2's new 100 Gigabit-Ethernet and 8.8-terabit-per-second optical network, platform, services and technologies. It will also enable the University of Texas Research Cyberinfrastructure (UTRC) to have 100 Gbps connectivity between UT System institutions and other research universities throughout Texas.

"The 100 Gbps Internet2 Innovation Platform serves as an accelerator to scientific research and provides increased access to the most advanced computational resources for faculty members at institutions around the country," said Jim Bottum, Internet2 Inaugural Presidential Fellow and chief information officer at Clemson University. "By streamlining access to the latest advanced national cyberinfrastructure systems like Stampede at TACC, researchers are afforded a lightweight avenue for conducting transformational research."

SGI announced that NASA's Ames Research Center has selected an SGI UV 2000 shared memory system to support more than a thousand active users around the country who are doing research for earth, space and aeronautics missions. The new Endeavour system, named in honor fo the Space Shuttle Endeavour,  is based on the latest Intel Xeon processor E5-4600 product family and has a total of 1536 cores and 6TB of global shared memory. It will provide large, shared memory capability and will enable solutions for many NASA science and engineering applications, including simulation and modeling of global ocean circulation, galaxy and planet formation, and aerodynamic design for air and space vehicles.

"A portion of our current code base requires either large memory within a node or utilizes Open MP as the communication software between tens to hundreds of processors," said William Thigpen, high-end computing project manager at the NAS facility. "The largest portion of Endeavour is able to meet the large shared memory requirement with 4 terabytes of addressable memory and can apply over 1,000 cores against an Open MP application."