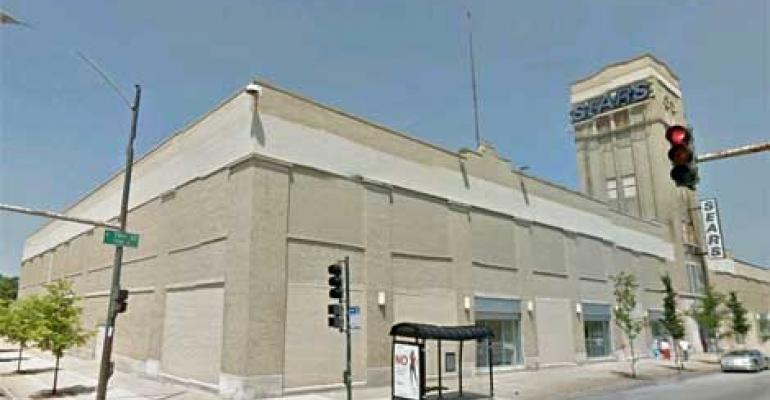 With Ubiquity, Sears is Turning Shuttered Stores into Data Centers

Sears Holdings has formed a new unit to market space from former Sears and Kmart retail stores as a home for data centers, disaster recovery space and wireless towers. With the creation of Ubiquity Critical Environments, Sears hopes to convert the retail icons of the 20th century into the Internet infrastructure to power the 21st century digital economy. 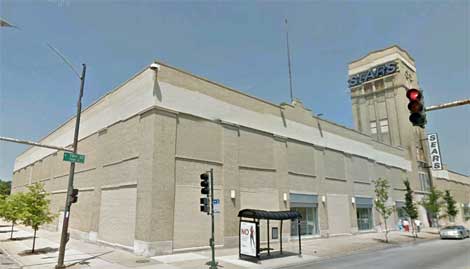 Will blinking blue lights of servers soon fill the aisles that previously offered the Blue Light Special? Sears Holdings has formed a new unit to market space from former Sears and Kmart retail stores as a home for data centers, disaster recovery space and wireless towers.

With the creation of Ubiquity Critical Environments, Sears hopes to convert the retail icons of the 20th century into the Internet infrastructure to power the 21st century digital economy. Sears Holdings has one of the largest real estate portfolios in the country, with 3,200 properties spanning 25 million square feet of space. That includes dozens of Sears and Kmart stores that have been closed over the years.

“It's an amazing real estate portfolio,” said Sean Farney, the Chief Operating Officer of Ubiquity. "The goal is not to sell off properties. It's to reposition the assets of this iconic brand. The big idea is that you have a technology platform laid atop a retail footprint, creating the possibility for a product with a very different look to it."

Farney is an industry veteran who previously managed Microsoft's huge Chicago data center, and then ran a network of low-latency services for the financial services firm Interactive Data. He sees an opportunity to build three lines of businesses atop the Sears portfolio: data centers, disaster recovery sites and "communications colocation" in which Ubiquity leases rooftop space to wireless providers.

Ubiquity will be able to leverage real estate at both closed stores and some that are still operating, depending on the opportunity. The first step has been to evaluate the portfolio and identify properties that could work as data centers. Chicago engineering firm ESD has been conducting a "data center fitness test" on promising properties to size up their power, fiber and risk profiles. Ubiquity is also working with Newmark Grubb Knight Frank to market the portfolio to the brokerage community.

The first Ubiquity project will be a Sears store on the south side of Chicago, nestled alongside the Chicago Skyway. The 127,000 square foot store is closing at the end of June, and will be retrofitted as a multi-tenant data center. Farney says he already has a commitment for the first tenant at the site on East 79th Street, which has 5 megawatts of existing power capacity and the potential to expand.

"It's a building that's lit very well, from both a fiber and power perspective," said Farney. "It's going to be great data center building."

Farney acknowledges that many of Sears' mall-based retail locations aren't viable for data center usage. "I don't think the industry is yet ready for a mall-based data center," he said. "That may take some time. The stand-alone location is optimal."

Ubiquity has those stand-alone facilities, along with distribution centers and some parcels of vacant land. "There are closed Kmarts that are stand-alone, 200,000 square-foot properties with good fiber and power and 10 acres of parking," said Farney. "These are owned assets."

Farney says Ubiquity has flexibility in how it works with tenants. It could finance a buildout and then hand over a wholesale data center to an enterprise or managed hosting provider, or could opt for a powered shell solution for a tenant, depending on the customer needs.

After initially focusing solely on data centers, Ubiquity has expanded its strategy. Although mall-based stores may not be right for data centers, they could be ideal for disaster recovery facilities, Farney said. That includes mall stores that have closed, as well as those that have downsized to a smaller retail footprint. In either scenario, a separate work space could be created with an exterior entrance to restrict access, while still allowing employees to take advantage of nearby stores and eateries.

“There are compelling reasons why this is a great model," said Farney. "It used to be the business continuity centers were located in an industrial park. The customer has evolved to the point where they want a sexier location, where they can have access to a Starbucks and other retail, because it's possible they may be there for weeks or months. Sears and Kmart stores are located in just such retail locations in major malls."

Farney believes customers may be ready for a more distributed approach to business continuity. "In the past, customers had a single monolithic recovery center," he said. "Now, after Sandy, there's a need for multiple locations, because you don't be tied to one location in a regional disaster. There's a desire to have multiple locations spread costs across multiple areas. The Sears footprint really fits that.”

Then there's wireless, which is where Farney sees perhaps the most promising opportunity. Seventy percent of the U.S. population lives within 10 miles of a Sears or Kmart store, he said.

"When malls were being built, they gravitated to the intersection of freeways and highways, and Sears got entry to all of them," said Farney. "These rooftops have proximity to the greatest mass of consumers available. As wireless users grow, the size of the cell is shrinking, creating holes in coverage. Having rooftop access to the cars and pedestrians around the malls is important. The Sears portfolio can capture that.

"Sears and Kmart never deployed wireless on the rooftops, so there's no rooftop usage at present," he added. "There's tons of interest. I will put as many of the rooftops in play as I can."

That includes the Sears store being closed in Chicago, which has a 100-foot-tall tower atop the store that creates some interesting possibilities for wireless, including high-speed wireless service to support low-latency trading operations. The top of the tower at the 79th Street store offers line of sight to trading operations at 350 East Cermak, eight miles to the north, as well as the CME Group data center in the western suburb of Aurora.

And the Ubiquity name? It comes from the breadth of Sears' real estate operations, and the range of opportunities it creates.

"It's a very different mix of criteria for each line of business," said Farney. "For Sears, this is a way to create a new revenue stream."