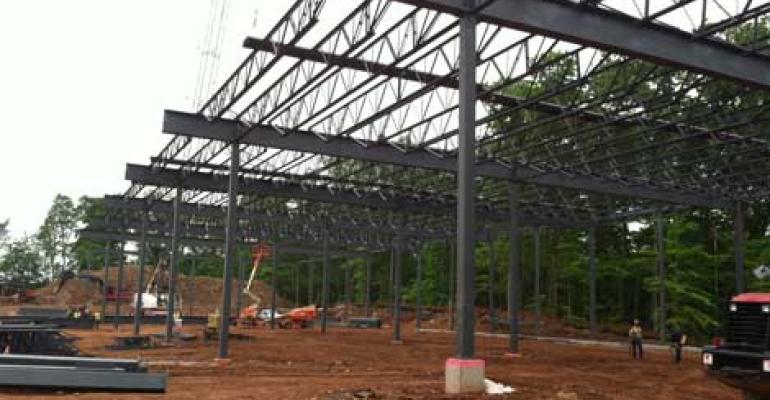 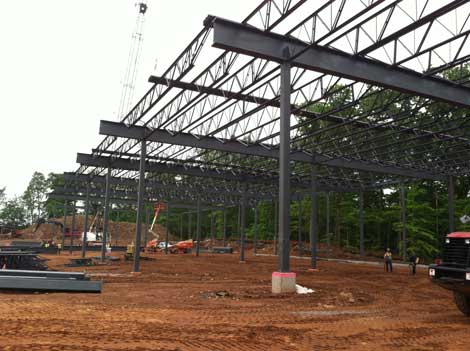 The steel framework is already going up for a new data center being built by Russo Development and Sentinel Data Centers. Bloomberg L.P. will be the tenant for the facility in Orangetown, N.Y. (Photo: Russo Development)

Bloomberg L.P. today confirmed that it has signed a lease for the entire 131,805 square foot build-to-suit data center facility in Orangetown. On Wednesday the Rockland County Industrial Development Agency endorsed Orangetown’s resolution to provide the project with a partial tax abatement package. Bloomberg's lease agreement is conditional upon final authorization by the Rockland county executive.

"Bloomberg conducted a long and extensive search to find a location that meets all requirements for our latest data center, and this site in Orangetown checks all the boxes for us," said Vladimir Kliatchko, Global Head of Research and Development at Bloomberg. "We have partnered with an experienced data center developer in Russo/Sentinel and we are confident they will deliver a first-class facility."

The project is the second collaboration between Russo and Sentinel, who worked together on a multi-tenant facility operated by Sentinel in Somerset, N.J.

"We are thrilled to be again working with our friends at Russo Development on this fantastic project," adds Josh Rabina, Co-President of Sentinel Data Centers. "The Bloomberg critical facilities team is truly top notch, and we look forward to delivering them a world class turn-key facility in Orangetown."

The facility, which will consist of a single-story raised floor environment and infrastructure to provide in excess of 7MW of critical capacity, is planned to come online in the middle of 2014. The property was purchased by Russo Development in 2009 and was pad-ready for construction prior to lease signing.

"We are pleased to have the opportunity to provide an optimal environment for Bloomberg’s innovative technologies," said Edward Russo, President and COO of Russo Development. "This site provides ideal access to Manhattan, robust power sources, multiple telecommunication carriers, and opportunities for state and local tax incentives."

The project is big news for Orangetown and Rockland County, and local officials hope it will help attract additional mission-critical facilities to the area.

"Bloomberg L.P. looked at over 100 sites in New York and New Jersey before choosing this one," said Harriet Cornell, Chairwoman of the Rockland County Legislature and board member of the Rockland Economic Development Corporation. "That tells you loud and clear that Orangetown is a prime location for data center development. This is wonderful news for our County and exactly the kind of global firm which is perfect for Orangetown."