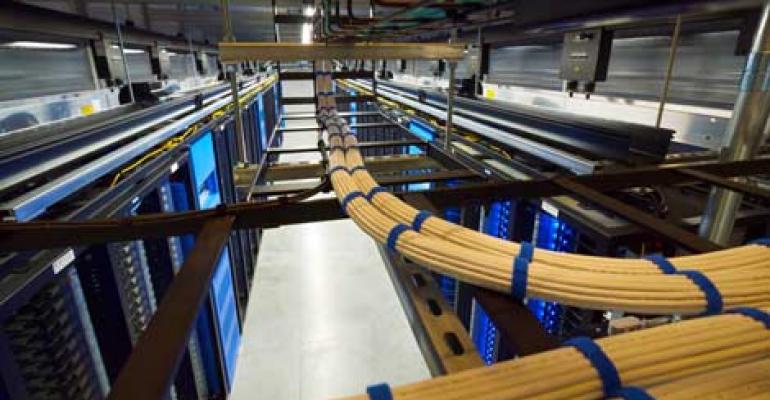 In a move that will accelerate the shakeup in the networking sector, the Open Compute Project said this week that it will expand its "open source hardware" initiative to include network switches. 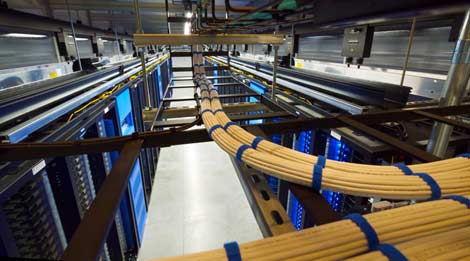 A look at some of the network cabling in a Facebook data center. Facebook will lead an effort by the Open Compute Project to develop an open top-of-rack network switch. (Photo: Facebook)

In a move that will likely accelerate the shakeup in the networking sector, the Open Compute Project said this week that it will expand its "open source hardware" initiative to include network switches. The project, which was founded by Facebook to promote standardized hardware for web-scale data centers, has led to rapid innovation in the server market and has also developed a storage offering.

The announcement is the largest step yet in extending the open source hardware movement to networking, a sector which has been dominated by a handful of large vendors offering routers and switches managed by proprietary software. It follows several years of progress in the development of software to support open networking, especially in the use of software-defined networking (SDN) that allows network equipment to be managed by external devices (typically commodity servers).

The Open Compute Project (OCP) said it has formed a team to work on a specification for an "OS-agnostic" top-of-rack switch. Najam Ahmad, who runs the network engineering team at Facebook, will lead the project, with participation from the two standards groups - the Open Networking Foundation, and OpenDaylight - as well as  as well as Big Switch Networks, Broadcom, Cumulus Networks, Facebook, Intel, Netronome and VMware.

"It’s our hope that an open, disaggregated switch will enable a faster pace of innovation in the development of networking hardware; help software-defined networking continue to evolve and flourish; and ultimately provide consumers of these technologies with the freedom they need to build infrastructures that are flexible, scalable, and efficient across the entire stack," the OCP's Jay Hauser wrote in a blog post. "This is a new kind of undertaking for OCP — starting a project with just an idea and a clean sheet of paper, instead of building on an existing design that’s been contributed to the foundation — and we are excited to see how the project group delivers on our collective vision."

The announcement provides a reminder of how the pace of innovation has accelerated in the data center world. It's been less than three years since Amazon's James Hamilton predicted huge changes in networking in a keynote at the Velocity conference. Here's an excerpt from our coverage at the time:

“We’re very close to a fundamental change in the networking world,” said Hamilton, who said the industry is beginning to look beyond tightly integrated vendor offerings. He envisions a future in which data center operators can more easily mix and match hardware and software from disparate sources, including open source offerings. “We’ll get our Linux of the networking world,” Hamilton said.

There's been great progress on the software side of the business. Open Compute has quickly built an ecosystem of hardware companies developing designs based on its efforts. In less than two years, the OCP has grown beyond its origins as a showcase for Facebook’s design innovations, evolving into an active community building cutting-edge server and storage hardware, disrupting the traditional IT supply chain in the process. If similar progress occurs with the OCP effort on a top-of-rack switch, the networking sector will soon get even more interesting and competitive.