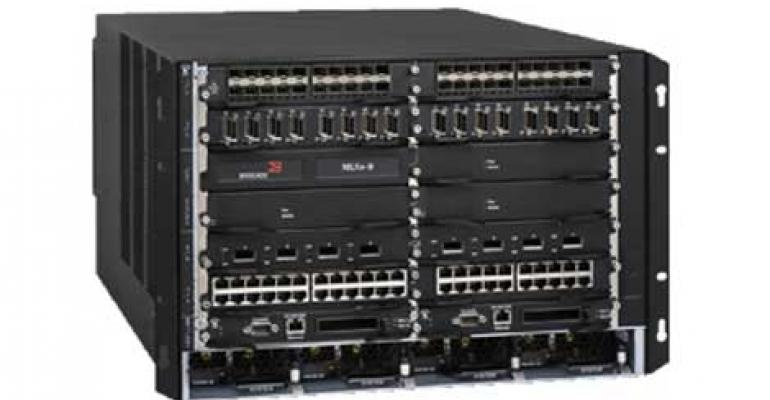 Network equipment vendor Brocade (BRCD) this week rolled out a broad strategy to boost its offerings for software defined networking (SDN). The initiative spans both software and hardware, with a central component being the Brocade VCS Fabric technology. 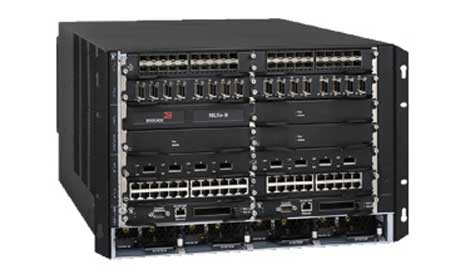 A look at the Brocade MLXe module. (Image: Brocade)

Network equipment vendor Brocade (BRCD) this week rolled out a broad strategy to boost its offerings for software defined networking (SDN). The initiative spans both software and hardware, with a central component being the Brocade VCS Fabric technology. Brocade describes its approach as "On Demand Data Center," and said it is a logical step on the path toward mass customer adoption of SDN.

"While one of the more attractive benefits of virtualization is a reduction in capital expenses, we are starting to see the operational expenditures of highly virtualized environments increase because they lack proper orchestration, automation and management tools," said Zeus Kerravala, founder and principal analyst with ZK Research. "Brocade's On-Demand Data Center strategy provides a resilient and complete blueprint that unifies vital areas of the data center, from Fabrics to storage to physical and virtual infrastructure. Additionally, this strategy provides a pragmatic route for the adoption of emerging Software-Defined Networking technologies."

For software networking solutions, Brocade announced release 6.6 for its vRouter family, which is based on technology acquired in its purchase of Vyatta, and will support Multicast routing and Dynamic Multipoint VPN (DMVPN), two technologies that are critical for large enterprises and cloud service providers. The Vyattta vRouter is platform and hypervisor-agnostic and deployed in environments ranging from virtual private data centers to public clouds.

As a part of its application delivery controller portfolio Brocade announced the Virtual ADX, which provides a virtual application delivery platform that increases the speed of application resource deployment and differentiated services for dynamic cloud environments. The company also enhanced its cloud provisioning capability with an update to Brocade Application Resource Broker and continued work on the OpenStack plugin for load balancing as a service.

Brocade was an integral vendor in the March 2013 launch of CyrusOne's Texas Internet Exchange, an interconnection platform deployed across CyrusOne facilities in Austin, Dallas, Houston and San Antonio. "Given the massive data we transport for some of the world's largest companies, CyrusOne cannot solely rely on traditional networking practices to solve modern business challenges," said Josh Snowhorn, vice president and general manager of InterConnection at CyrusOne. "The Brocade MLXe routers enable CyrusOne's infrastructure to evolve with our customers' needs, whether that requires scaling from 10 Gigabit to 100 Gigabit Ethernet or implementing new technologies that allow us to better serve them."

Brocade announced its continued support for the OpenStack initiative and its ongoing commitment to bringing open network solutions to enterprise and service provider customers through the introduction of a new Brocade VCS fabric plugin that delivers powerful on-demand fabric provisioning capabilities in OpenStack-based cloud environments. The VCS plugin is available as a component of the OpenStack Grizzly release and is an essential part of the On-Demand Data Center strategy.

"The benefit of deploying a private or public cloud built on OpenStack is that it gives the customer the utmost level of flexibility and control when provisioning essential components within an open cloud architecture. The inclusion of Brocade as a part of the Rackspace Private Cloud reference architecture addresses the desire of our customers to have choice in their distributions," said John Igoe, vice president of Rackspace Private Cloud. "Innovative companies like Brocade, who are committed to supporting open initiatives, enable customers to fully capitalize on their IT investments without risk of vendor or technology lock-in associated with proprietary platforms."

Additionally the company is taking a leadership role in the OpenStack development community with the delivery of a Fibre Channel blueprint for storage networking. Brocade is also a founding board member and platinum sponsor of OpenDaylight, a common software-defined networking platform.