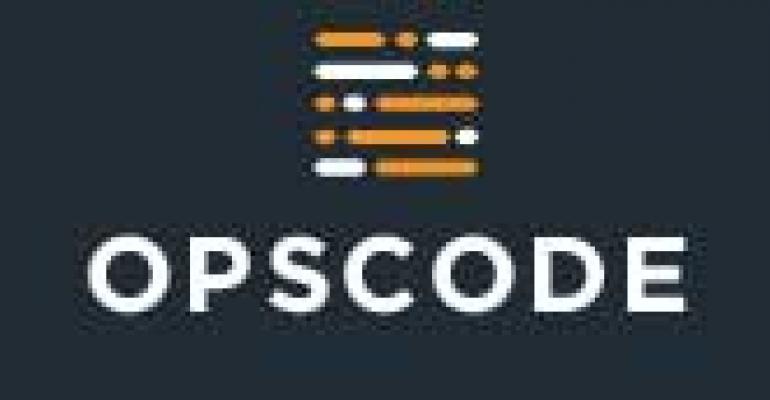 Opscode's open source automation platform Chef is now supported by IBM and Microsoft, the company said, making it easier for enterprise IT users to use Chef to help them manage and scale their server environments.

Chef is cooking in the enterprise. Opscode's open source automation platform is now supported by IBM and Microsoft, the company said, making it easier for enterprise IT users to use Chef to manage and scale their server environments. The announcements today ahead of the annual #ChefConf user conference mark a coming of age for Opscode and Chef, helping extent the benefits of the "DevOps" movement beyond its origins in the hyper-scale computing community.

DevOps, which combines many of the roles of systems administrators and developers, was popularized at large cloud builders with dynamic server environments. An example is Facebook, which recently adopted Chef to manage its fast-moving infrastructure. Opscode's team features veterans of Amazon Web Services, a driving force in the growth of cloud services and DevOps.

"Facebook, Google and Amazon have figured out how to leverage large-scale infrastructure, and we are now seeing a similar trend in the enterprise," said Jay Wampold, VP of Marketing at Opscode. "IT is a front-office imperative in how companies engage customers and users. Enterprises were not built from the ground up for this. Now they have to retool."

Chef is central to Opscode's vision for this shift to "code-based businesses." Chef is an open source framework using repeatable code – organized as “recipes” and “cookbooks” – to automate the configuration and management process for virtual servers. It enables users to deploy infrastructure as code across any operating system from Windows to Unix and Linux, across physical, virtual or cloud infrastructures.

In February Opscode unviled Chef 11, an updated version written in the Erlang programming language and using a PostgresSQL database. That’s a change from previous versions, which used Ruby as the configuration language and CouchDB as the database. The shift to an SQL database has helped make Opscode’s offerings more attractive to enterprise customers using Private Chef to automate infrastructure in their own data centers.

The IBM integration will further support this shift. Chef will now support IBM Power Systems and the AIX operating system, allowing enterprise customers to use Chef to automate the configuration of AIX-based cloud infrastructure. Opscode will provide IBM customers with tools to build and manage cloud resources and applications in large-scale AIX compute environments.

"Our collaboration with IBM is addressing a major transformation facing enterprises as they code their businesses to thrive in the digital economy," said Mitch Hill, CEO of Opscode. "Leveraging the innovation and extensibility of open source, including OpenStack and Chef, Opscode and IBM are enabling businesses to maximize the potential of the cloud in rapidly delivering goods and services to market."

"By collaborating on product integration and Chef Community content, we'll be able to offer enterprise businesses comprehensive solutions for gaining the most value out of cloud, with minimal risk." said Moe Abdula, VP, SmartCloud Foundation at IBM.

Abdula will be presenting on #ChefConf's main stage tomorrow, one of a number of enterprise presenters from companies including Disney, Forrester Research, General Electric and Nordstrom. About 700 attendees are expected at the event in San Francisco, part of a larger open source Chef community features more than 1,300 individual contributors, 200 corporate contributors, and 900 cookbooks. Since last year's #ChefConf, Opscode says it has seen its commercial customer base double, including many Fortune 500 enterprises using Private Chef to build in-house clouds.

"A lot of mainstream enterprises are talking about revolutionizing the enterprise, and adopting Chef broadly," said Wampold. "That involves a cultural change, and getting the whole group trained on Chef and integrated with the community."

"The enterprise engagement and sales process has grown," said Wampold. "We can take credit for building a great product. But the business needs his come around more quickly than anyone expected. "It's clear the traditional enterprise vendors like IBM and Microsoft are seeing this transition. These companies are knocking on our door because they see us as a key enabler."